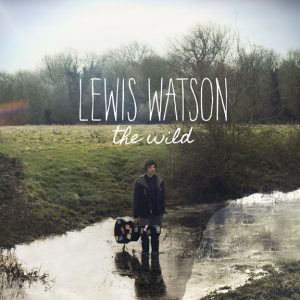 The Wild is the new EP (and his third release overall) from Lewis Watson.  His previous EPs were called  It’s Got Four Sad Songs On It BTW and Another Four Sad Songs; despite the naming convention change, The Wild isn’t necessarily a change of theme.  The first track, “Into the Wild” has a bit of an uplifting feel, but the next track “It Could Be Better” dashes the narrator’s hopes. “Little Darling” isn’t much happier (despite the refrain of “Little Darling/You’re mine”), nor is “Hold On”.  Presumably the EP is called The Wild because Three More Sad Songs and One That’s Not Really That Sad doesn’t really have a good ring to it.  Of course, that’s not a bad thing for the listener — it’s really quite enjoyable.

Watson’s voice reminds me quite a bit of Frightened Rabbit, though the arrangements are a bit more straightforward than that band — but still a bit lusher than what you might expect for the “singer/songwriter” label.  The marimba sound on “Hold On” is particularly cool, and the entire feel of “Into the Wild” is anthemic and would slot in real well on Triple A radio.  These changes in sound make the EP work as a whole and despite all the songs being pretty much similar in tempo, don’t make the EP boring to listen to.  It’s slow, but that’s fine — not everything needs to be fast.

All and all, I quite enjoy this EP, and I’ll be looking forward to hear what Lewis Watson’s doing in the future.  Watson’s a young songwriter to watch.  I just hope that success doesn’t change him… or cheer him up too much.