Ah, Stryper. If you’ve heard of them at all, chances are you’re of my generation and barely recall ‘that Christian metal band’ that had a couple of videos on MTV and showed up on the Billboard charts every so often. They were a brief, occasional flash across the screen, or the radio, in a time that was absolutely dominated by big-haired ballad-crooning metal groups. I’m not surprised if even their logo fails to jog your memory.

In my adolescent life, they played a much bigger part – as you can see from the attached photo of my high school bedroom. Across the corner from my Starlog pull-out of Captain Kirk, there they were, keeping watch over my stereo system and mildly concerning my parents. I had almost every release, knew every lyric (to be fair, there weren’t that many, and they repeated a lot, but again, 80s metal), and clipped CCM articles to keep inside the album covers. Stryper loomed large in my music collection practically until I left for university. The reason? I … was a teenage Christian.

And not just any major-holidays Christian; my family was hardcore Baptist. We went to church twice on Sundays, I was sent to Awana (sort of the Christian version of scouting) on Mondays, church again Wednesday night, then often various religious sporting or social events on Friday night or Saturday. And I went to the church’s school, so I spent every day being bombarded by scripture memorization, inaccurate science, and the goddamn Pilgrim’s Progress at least once every year. It was that particularly restrictive form of religious upbringing that is convinced that the ultimate evil – the original sin – is not murder, or lying, or thievery – it is the fault of being too secular. Anything important to life should come out of the Bible; otherwise, no matter how positive or useful it may seem, it is ultimately suspect.

There’s a whole bright, shiny, iniquitous world out there trying to catch the eye of those Christian sons and daughters. Thus, a subculture of Christian entertainment took root to try to guide their attentions back to the flock. There are Christian teen romance novels, Christian sci-fi movies, Christian superheroes (I’m sure some of you have heard of Bibleman, aka Willie Aames) … it only took me the shortest of Amazon searches to find a list of Christian vampire fiction competing with Twilight and True Blood. 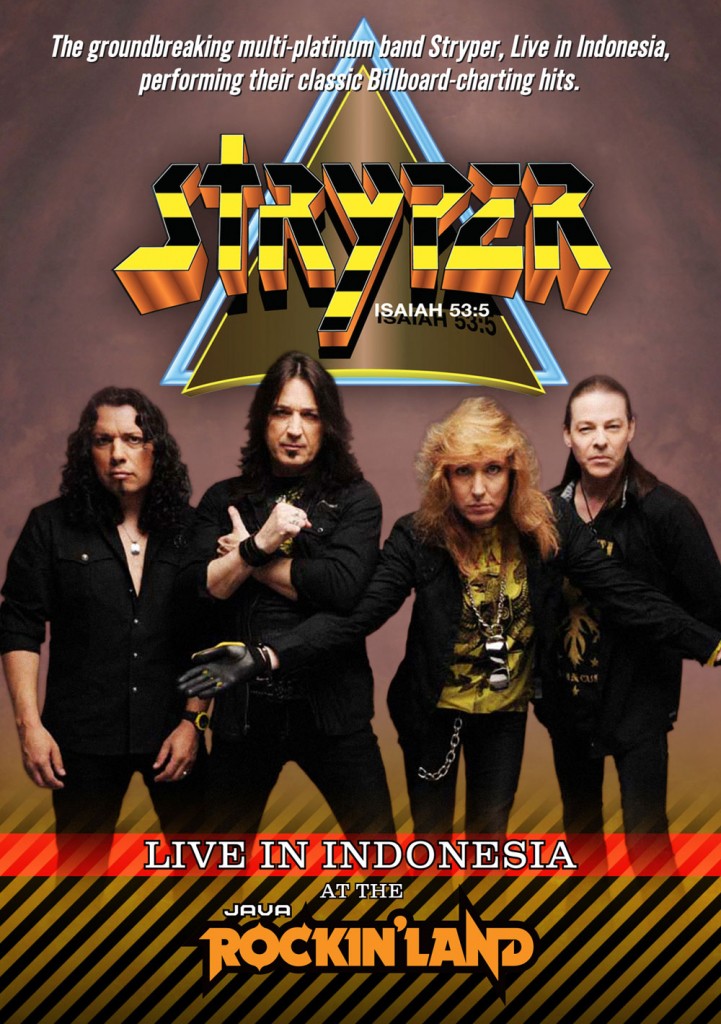 And, there is Christian music, running the gamut from pop (you must know Amy Grant) to rock both hard and soft, to rap and comedy and finally heavy metal. Practically any genre you’re interested in has a Christian equivalent on the fringes, desperately trying to keep the God-loving kids down on the farm after they’ve seen Sodom and Gomorrah.  For me, in the 1980s, that was Stryper, and every word went right from their mouths to my ears.

They weren’t really significantly better or worse than their mainstream competitors – Cinderella, Def Leppard, etc. I’d be equally embarrassed if anyone heard any of them coming from my mp3 player today. But they were just far enough within the boundaries (I could buy their albums at Christian bookstores), without being so far that I couldn’t convince myself I was a bit of a rebel. After all, one of their most famous tracks was called, “To Hell With the Devil,” and they were soundly condemned by Jimmy Swaggart (though lauded by Jim Bakker). And there were definitely quite a few people at my church who felt that any form of rock music, no matter what the intentions, was simply paving the road to damnation.

But what was serviceable teenage rebellion in 1988 is difficult to listen to today (and that, I suppose, is universal across subcultures). It’s no surprise that when Stryper resurfaced in the 21st century, their appeal had faded even among those limiting themselves to Christian culture, and they found their largest concert audiences in countries hungry for US entertainment. Thus, the Live in Indonesia dvd, where only a fraction of the audience seems to know even their greatest hits, and many of the reaction shots amusingly find concertgoers checking their phones instead of watching what’s up on the stage.

It’s a decent enough disc – as I’ve noted with other MVD releases, it’s not much for fancy menus or extras (or even any of the usual introductory footage, interviewing fans in line or something), but the video is nice and sharp, and the audio is clear. And it’s cheap enough – you can find it easily online for ten bucks or so. They go through a selection of the big hits and more recent stuff with a little bit of chatter that seems more dated sometimes than the music. (Seriously, do people still think that commenting about ‘when MTV used to play music videos’ is worthwhile?)

I just can’t think of a good reason to own this. If you have your own nostalgia going on, or are simply curious, they’re easy enough to find on Youtube. But there are much better uses for your money, even within the strict confines of contemporary Christian music, than a Stryper concert dvd in the here and now. I’m sure I could sell a copy to my teenage self – but then, he wouldn’t have had any way to play the damn thing.