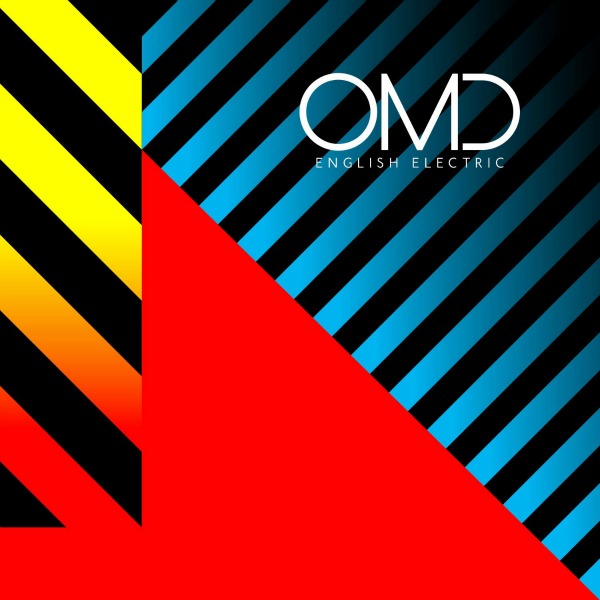 When Orchestral Manoeuvres in the Dark reformed its original lineup and released History of Modern, I wasn’t sure what to expect. OMD’s post-Junk Culture material left me a bit cold, but I decided to give the album a chance. I was pleasantly surprised to find OMD keeping pace with contemporary electronic pop. Though the album was uneven, it showed that the band could still teach the kids how its done. It was enough to get me to see them live on the History of Modern tour, though I only bought my ticket after contemporaries The Human League cancelled their show. The show was a high-energy synth-fest, with new material standing side by side with tracks from across the band’s career. I left hoping they’d keep at it for a while.

Now, OMD is back with English Electric, an album that sounds so much like vintage OMD, complete with Peter Saville artwork, that one could accuse them of being retrograde. It’s an accusation that doesn’t hold up. It owes a debt to their classic albums, which still sound ahead of their time 30-plus years later, combining the pop sensibility of Junk Culture, and the melancholy heart of Architecture & Morality, with the abrasive avant-garde of Dazzle Ships. It’s an electronic elegy to a future that never arrived, or rather, as the opening track says, “has been cancelled.” If anyone has the right to complain about the lost future, it’s OMD, who were at the forefront of a revolution in popular music that was first shoved aside by fetishistic reverence for guitar rock, and then resurrected with only minimal acknowledgement of its progenitors.

The heart of English Electric is the seven-and-a-half minute “Metroland,” a wistful ode to the future that borrows more than a bit from Kraftwerk’s “Europe Endless,” which isn’t a bad thing. It’s as progressive as OMD has ever gotten and they make it work. If any band can pull an homage to Kraftwerk, it’s the band who threw their guitars away after seeing Kraftwerk play. Karl Bartos, Kraftwerk’s former percussionist, helped with the album, including co-writing “Kissing the Machine” with Andy McClusky, originally for Bartos’s own Electronic Musik project in the 90s. Elsewhere, tracks like “Decimal,” “The Future Will Be Silent,” “Atomic Ranch,” and opener “Please Remain Seated” channel Dazzle Ships, a side of the group that’s typically been in the background since that record’s poor reception.

Sometimes, English Electric can feel a tad too retrograde. “Helen of Troy,” for example, begs comparisons with “Joan of Arc” from Architecture & Morality, that it can’t live up to. “Our System” comes off as a bit overwrought, erring more towards the Morality of Architecture & Morality, but these slight missteps are more than compensated by the album’s highs. Paul Humphrey’s requisite lead vocal on “Stay With Me” is saved from feeling like a rehash of “Forever (Live and Die)” or “Souvenir” by the powerful, vintage synths that give it a necessary grounding in OMD’s past, and Paul’s voice, which has been clearly preserved in amber. (Andy’s voice is in fine form too, deepened with age, but still able deliver the punch it needs to on every track.)

If History of Modern is OMD’s attempt to show it can stand toe to toe with the acts it influenced, English Electric is their way of showing they don’t have to. By planting the flag in the sonic aesthetic of their prime, OMD return to the niche they created at the start of the synthpop revolution in 1978 to find it in perfect condition. Nobody made music quite like this then, and nobody makes music quite like it now, except for Andy, Paul, Martin, and Malcolm. The future wasn’t supposed to be like this, but the in 1978, the future was at least supposed to sound like this.