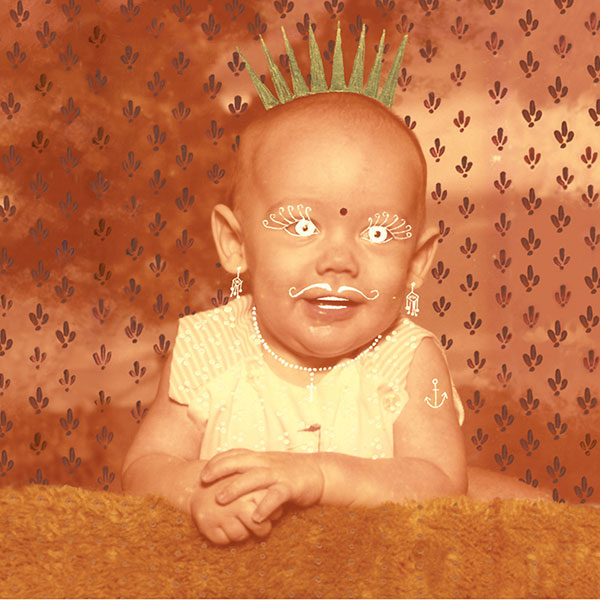 I suppose, as it goes, “discovering on a Seth MacFarlane cartoon” isn’t the most auspicious of band introductions… but if it makes any difference, it was American Dad, the best of them (and, like, at least it wasn’t The Cleveland Show).  But the great thing about music is that it doesn’t really matter how you find out about it, but that you find out.  And besides, I really like American Dad, so there.

On the recent 150th episode, “Lost In Space”, American Dad hired Wax Fang to do the score, and used the opening track of their 2007 album La La Land as the centerpiece of the episode as sung by a grotesque alien named The Summoner.  The song, “Majestic”, grabbed me immediately and I was trying to figure out whether or not the song was original to the episode, or something grabbed from 70s AM radio that I obviously somehow missed, despite being a music nerd and someone who works in radio to boot.

The next morning, I read The A.V. Club’s review of the episode and found it out it was neither — and promptly followed a YouTube link in the comments to the full version of the song.  After listening there about twice, I went immediately to iTunes and bought the full album.  And about halfway through the album, I bought the rest of the Wax Fang stuff available in the iTunes Store. That’s… relatively rare to fall in love with a band so… immediately and completely — particularly in the span of about 12 hours, most of those spent sleeping.  Especially since the album cover is, admittedly… lacking.

But weird punk-rock babies aside, this album is phenomenal.  Every track is amazing — and it does have that 70s-Lost-Classic feel to it.  A common reference point I’ve been reading in reviews is Pink Floyd — but for me, Pink Floyd isn’t quite right (though maybe on the track “At Sea” — which also appeared briefly in “Lost In Space”).  There’s a bit less… pretension there than with Floyd.  (And that’s not necessarily a diss on Floyd… though I do prefer Wax Fang.)  For me, I really do get a Ween vibe.  And I do love Ween.  Though I think Wax Fang is much less prone to genre hopping — but they’re doing the 70s Rock Hit thing so well, I’m fine with it.

Also — don’t confuse that with saying they’re mere pastiches or knockoffs.  Not only is this the real thing — aside from the obvious timeshift — but it’s… well, better than a lot of stuff from that era, too.  It’s not so much a pastiche as a glimpse into another, more awesome dimension.

And, you know, as good as “Majestic” is — I’m not even sure that’s the best song on the album.  After all, “Cannibal Summer” exists, and that song is super awesome.  In fact, I think it was “Cannibal Summer” that made me buy the rest of Wax Fang’s stuff.

I suppose I should tell you a bit about the band — I don’t know that much, honestly, beyond what Wikipedia has to say.  They’re apparently friends of My Morning Jacket (oddly enough, another American Dad-approved band, though one I’ve never clicked with), and also from Lexington, KY like MMJ (I think — that’s what other folks seem to say, so sure, why not).  And it’s, like Ween, basically two guys, Scott Carney and Jacob Heustis.  And they are super duper awesome.  So, yeah.  Do you really need to know more?

If for some reason, you’re not convinced, their Soundcloud has everything up for free streaming, as does their official YouTube channel.  So go get a sample, and then discover for your own that I’m totally right.  And thus you will have found out about Wax Fang via American Dad-By-Proxy.  You’re welcome.