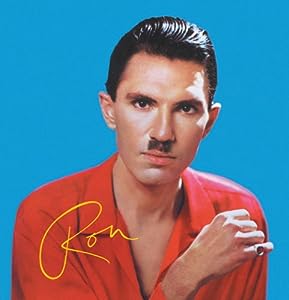 Rev. Syung Myung Me:  Introducing Sparks has been one of the most maligned Sparks albums — it was out of print until only recently when the Brothers Mael put it out on their own Lil’ Beethoven Records. It’s definitely one of the odder entries, but it’s honestly not that bad. “Occupation” is as good a track as on any Sparks record — I always forget it’s on this one instead of, say, Propaganda.

Overall, the sound is a bit more “California” — there’re more experiments with Beach Boys-style harmonies, and the album is, overall, pretty slick-sounding. This is due to the kinda weird decision of using exclusively studio musicians. (This is one of the reasons Ron didn’t like this one as much; in an interview, he’d said that he’d always thought of himself as the keyboard player in Sparks, and to be told he wasn’t to play keys was a bit of a let-down.) Instead of Ron, we get folks like David Foster… whose work with Sparks, luckily, began and ended with this record… and Foster didn’t even get to produce.

Ron did contribute to the arrangements — but it doesn’t quite have as deep a Sparks stamp as any of the other records. Russ’ pipes are on great display as always, but it’s weird to hear him backed up with the 1970s equivalent of the Wondermints. It’s a bouncy and fun, summer type of record, but one that just doesn’t have the staying power as their other records. It’s not really a misstep as a wandering out. It’s no surprise that this is the last of the “rock” Sparks era.

Aila: The first thing that comes to mind when thinking about Introducing Sparks is the ridiculous cover art. Which wasn’t something new for the band (and there was a lot more silly album art to come), but this was the most over-the-top up to this point. There are two extremely cheesy individual photos of Ron and Russell Mael, both of whom look like very shady used car salesmen, gracing alternate versions of the album cover. Honestly, the cover of the album is probably the most remarkable thing about this record, although the actual musical content, while relatively weak, is probably slightly better than it’s often made out to be.

If anything, this is a slight improvement over the previous Sparks record, Big Beat. Musically there is an obvious effort to remake Sparks with a “California sound,” which I suppose was a natural idea seeing as that is where the band is from – but it still comes off as a little unnatural. The most successful tracks on this record, the opener “A Big Surprise” and “Over The Summer,” are heavily influenced by The Beach Boys and do work fairly well. But it’s hard to shake the feeling that something isn’t right with band when you listen to this album, in the context of all that came before. The rest of the tracks vary in quality, but none of them really rank amongst the band’s best work. The production is slick, but it all feels a bit lazy, and there’s little creative spark in this incarnation of Sparks. Commercially, this was another failure for the band, which might have influenced the direction they’d go in next – reinventing themselves for one of their best albums. Introducing Sparks is often cited as the worst Sparks album, and while I don’t personally agree it’s the very worst, it’s definitely one of the half dozen or so lesser albums. Which doesn’t mean it’s a bad record, but I do think it’s one that can be safely labeled “for Sparks fans only.”