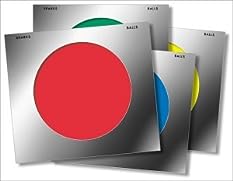 Rev. Syung Myung Me:  Balls is a pretty neat album — it’s in the same vein as Gratuitous Sax & Senseless Violins, which is always welcome.  It’s actually the last in that style — it seems Sparks tend to stick to a style for about three albums max, and then ditch it.  Or evolve it, somehow.

Anyway, though, Balls isn’t quite as good as Gratuitous Sax – but then, that’s one of the greatest albums by anybody, so that’s fine.  The odd thing with it is that it’s one of those albums that, when I’m listening to it, I love it, but it doesn’t quite have the same sticking power for the most part.  There’s songs like “Aeroflot” that I totally love, but there’re others that, while playing, I really, really like but once they’re done, they don’t last in my brain.  “Scheherazade” is one of those — it’s a cool song, and when I think about it, I can bring it up pretty much no problem, but it never comes up on its own.  Same with “How To Get Your Ass Kicked” or “It’s a Knockoff” — both really great songs, but ones that seem to stay in the background of my brain.  Or “It’s Educational” — which might be good fodder for a “U-Mass” mashup, I don’t know.

The ones that do stand out for me and make themselves known are the aforementioned “Aeroflot” and “More Than A Sex Machine”.  Both of those really tend to show up without me seeking them out.  The odd thing is that the rest of the songs on this album, while maybe not as memorable as the stuff on Gratuitous Sax, are all really great — there is no weak track.  Probably the weakest is “Balls”, but, again, that’s not really a WEAK song, just comparatively so.  I mean, dang, they named the record after that one — so it’s a GOOD song.  Just… I don’t know, weirdly not the one I typically go to.  If I were gonna name the album after a song, maybe “The Calm Before the Storm”… even if Balls does set the theme for the album a bit more — about half the songs have a sense of lampooning that hyper-masculinity that the title suggests (and more effectively than, say, some of the stuff on Big Beat like “Throw Her Away And Get A New One” or “White Women”).

While Balls isn’t the best Sparks album, it’s actually a pretty fair place to start — at least, you could do worse.  You’ll get a solid album, even though it doesn’t have the brain-stickiness that their best have.  If anything, it’s probably an ideal second-or-third album — one that won’t let you down, but one that doesn’t quite hit the same heights as the others.  One that makes you keep going, and reassures you that even when not firing on ALL cylinders, the Sparks Engine will still win the race.  Or blow up real good, depending on whatever it is people watch races for.

Aila: Balls is easily one of the most overlooked albums Sparks have made. It probably suffers in this regard from being the album to come immediately before the unforgettable Lil’ Beethoven, and that’s unfortunate because this is also a great record in its own right.

Stylistically, this album brings to mind the contemporaneous sound of The Pet Shop Boys, a band that Sparks definitely had influence over (see No. 1 In Heaven and Terminal Jive for what seem like the roots of this), but although some of this does sound quite a lot like the music PSB were making in the 90s, it’s not anything vastly different from what Sparks were doing in this period either. If anything, this is kind of a natural refinement of the style of many of the tracks on Gratuitous Sax and Senseless Violins. The opening title track is a solid, hard-driving, introduction to the album, but it isn’t really one of the best songs. The next song, “More Than A Sex Machine,” is classic Sparks – a little bit silly, appropriately atmospheric, and extremely well crafted. This establishes a pattern that endures pretty much throughout the entire album. The next song, “Scheherazade” (about the legendary dream-fueled Queen from Arabian Nights), is one of the highlights of the album. It’s string-laden arrangement perfectly accompanies very well thought out lyrics and music which really bring the subject matter to life. It’s orchestral feel is also perhaps one of a few slight hints towards what was to come with Lil’ Beethoven. There is another hint in the next song, “Aeroflot” – a track that uses a fairly repetitive hook and lyric to bring to life what a pretty infectious song. This is repeated in a similar fashion later on, with the appropriately fast-paced “Bullet Train.” “The Calm Before The Storm” is another obvious highlight to the album, one that would not be out of place on a hypothetical best-of album. My favorite songs might be a couple of the less obvious ones, “It’s A Knockoff” and “How To Get Your Ass Kicked” – these are both relatively humor-laden songs, in the somewhat oblique way that Sparks manage so well. If there is any weak spot, it’s probably “It’s Educational,” which is actually not a very weak song (this is just a very strong album). The last track, “The Angels,” is a really beautiful closer to the album – it is a bit corny, but in a way that somehow manages to work (if this had been recorded in the late 80s it probably would have turned out sounding like a mediocre/bad track off of Interior Design – a reminder of how important good production can be).

Balls is not an album I listen to all that much (although I did a lot when it first came out), but it’s one that’s just on the verge of being one of the best few Sparks albums. It brought to a close a pretty good era for Sparks, and it’s kind of a shame it was released right before the most dramatic Sparks album (certainly the most dramatic in terms of shifting musical styles). In the end it’s well worth remembering, and listening to repeatedly.