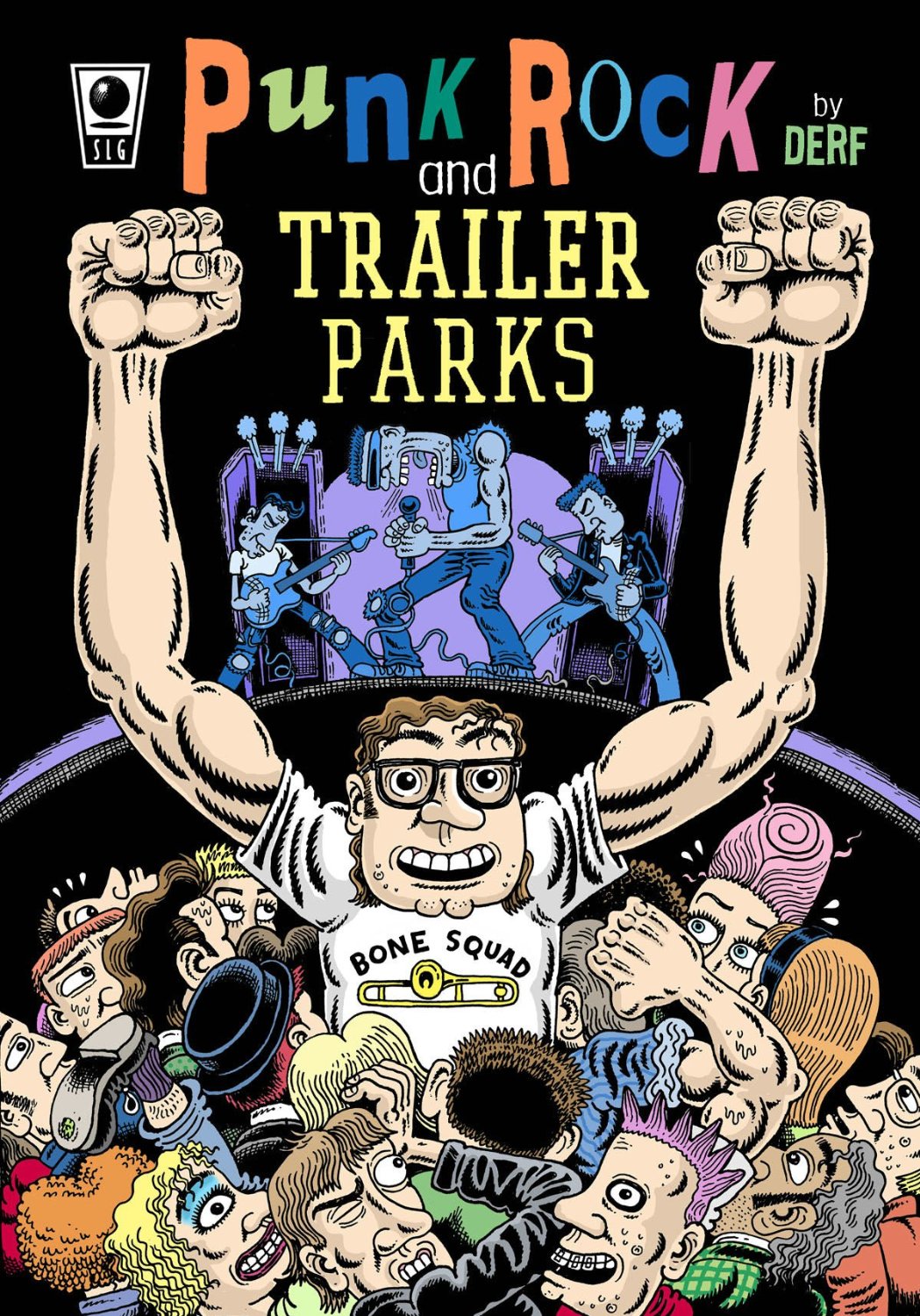 I have to admit that this was a book that was written pretty much for me. I’m a comics geek AND a music geek, and it’s a comic book about discovering punk rock in Akron, OH circa 1980. Given the cameos in the book from all sorts of music heroes, perhaps it’s a little surprising that DEVO doesn’t show up outside of the recommended soundtrack available on iTunes — of course, DEVO’d made it out to LA by that point. Surprisingly, however — the first of the cameos (and someone who sadly doesn’t appear on that iMix due to his iTunes unavailability) is Klaus Nomi — so that’s almost as good!

Otto (a/k/a The Baron) is a high school senior, part of the marching band, and not terribly popular; a couple of underclassmen take a shine to him (at least initially because he’s got a car and can drive them to shows) and take him to the aforementioned Nomi show; Otto befriends Nomi by giving him his spats which sets the tone for the way the rest of the book plays out; Otto is transformed when the next weekend, he sees the Ramones and takes them out to eat after the show; he ends up working at the club, and getting more and more immersed in the music scene.

The Trailer Parks aspect of the title refers to where Otto lives — his great uncle owns such a park, providing Otto the home life when combined with his school life to build a proper punk background — though Otto doesn’t rebel so much — as punk provides him an out as well as some hard-earned popularity.

Derf‘s artwork is intriguing; there’s an ugliness to it, but it’s intentional; he has a clear command of good principles which drives the book forward, and in the caricatures of famous folks accurately captures not only their likeness but the spirit. The same could be said for his depiction of Akron as well. If there is a problem of the book — it almost seems that the tragic event that signals the ending doesn’t quite feel earned. It’s the only part of the book that feels that it has to happen for the story to move on; it feels slightly contrived and cliche. Perhaps with a little bit of more background — without giving anything away, the event happens to a secondary character, but a secondary character who, in the first chapter or so, doesn’t feel like one. It almost feels like the end was scripted along with the first chapter, and not really touched while the rest of the story evolved away.

Of course, even if the event spurring the ending does feel contrived, it WAS necessary for the ending — it would have rung hollow without such a thing happening, and the rest of the book makes up for it; I’d be very interested to read Derf‘s other works, particularly My Friend Dahmer, which I’ve read an excerpt from before — an autobiographical comic about growing up knowing Jeffrey Dahmer, the killer and cannibal.