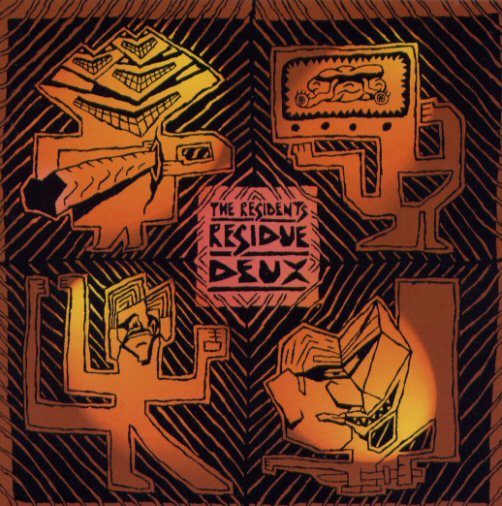 Richard J. Anderson: One thing that has to be said about The Residents is that they’re prolific. Even in the 70s and 80s, they were constantly recording stuff—tracks for compilations, single B-sides, demos, this and that. In 1983, to hold off the demands of Residents fans begging for Part Three of the Mole Trilogy, Ralph Records gathered up a bunch of these loose, finished tracks, slapped them in twelve inches of vinyl, and fed it to a waiting, excited public as The Residue of The Residents. Then, fifteen years later, they added a bunch of other stuff, and re-released it on CD as Residue Deux. (At the same time, they deleted an alternate version of “Walter Westinghouse” from Babyfingers, but it’s no major loss.)

You might expect something like this to be totally unnecessary, for-fans-only sort of release. If these tracks weren’t good enough to end up on an official release, why should you spend the price of a full album to hear, well, full album of them. This is a reasonable expectation to have, borne out by decades of similar crappy thrown together for a fast buck complications of outtakes. Such an expectation for Residue is, however, incorrect.

Some of the best Residents songs ever recorded are on this disc. The absolute best is the brilliant “Whoopy Snorp,” originally released on a benefit album back in the 70s. There’s covers of “Jailhouse Rock,” and “Daydream Believer,” (the latter only on Deux) that are among the best covers The Residents have ever done. The full-version of “Ups and Downs” from The Commercial Album is a great insight into the way the band operates in the studio, and the two semi-Deux-exclusive suites The Replacement, and Safety Is a Cootie Wootie are both remarkable works that deserve listening. Tie that in with a couple Tunes of Two Cities outtakes that should have made the album, a Sun Ra cover, and some very interesting, fully-fleshed demos from various periods, and you’ve got a compelling listening experience for any Residents fan. If you’ve liked any of what you’ve heard so far, you’ll like Residue. If you don’t like any of what you’ve heard so far, I can’t imagine why you’re still reading these articles.

The Residents prolific recording has only increased in recent years, and there’s been any number of attempts to gather stuff that’s fallen through the cracks since Residue Deux, but none are quite as full and as pleasing to the ear as this. This disc is essential and when was the last time someone wrote that about a disc of cast-off studio demos and compilation cuts?

Rev. Syung Myung Me: I concur — Residue (I’ll just call it that for ease of reading, but I’m referring to Deux exclusively, as I’ve never actually found a copy of the original release) is a surprisingly good album, considering it’s made up of what the Residents referred to as “mop tapes” — tapes of stuff that was either purposely left off albums or wasn’t intended for albums in the first place.  Some of the bonus tracks were on the original ESD CD issues, but as those went out of print, replaced by the bonus-trackless-but-remastered editions, Residue became their new home, and a lucky thing, too.  Otherwise, things like the “Safety Is The Cutie Wootie” suite or “The Replacement” from Subterranean Modern (a LP Ralph Records put out with 4 artists each given 4 tracks and the requirement that one be a cover of “I Left My Heart in San Francisco”) wouldn’t be heard by many people.

I guess with Residue out of print again, they still might not be, but at least it’s easier to find used copies of Residue than the various compilations and singles and whatnot. 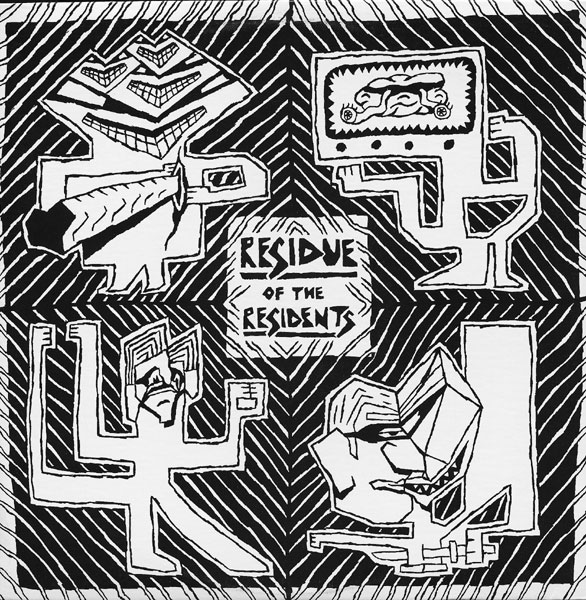 This was one of my earliest Residents albums, and I quite enjoy it.  In terms of sound, it is uneven — which makes sense seeing as just about all their albums (except Fingerprince and Meet the Residents) are concept records.  But in terms of quality, it’s solid.  It’s kind of amazing that this is the stuff the Residents threw away.  Admittedly, more for conceptual reasons than for issues of quality, but still.  The Residents have put out a few other albums like this — mostly limited edition fare — but this is the one that can actually stand as its own album in the full Residents canon.  And dig the art, too!  It’s one of the last hand-made covers by Porneaugraffix — that and next week’s Title in Limbo… then it’s computer-generated hell for a while.

Aila: The Residue Of The Residents (or if you prefer, Residue Deux, which I guess is technically the updated version I’m reviewing) is a ‘rarities’ compilation album. It’s also one of the best Residents records I’ve heard so far. This is a bit surprising since it isn’t a best-of, but I guess that shouldn’t be surprising considering the band.

The album begins with the fairly familiar-sounding “The Sleeper,” which definitely sounds like a sort of leftover from a previous record, but the quality goes steeply up from there. “Whoopy Snorp” is a typically strange one, but very enjoyable and probably the first real highlight of the album. The next couple tracks are so-so, but by the time it gets to “Shut Up! Shut Up!” it seems to be on a roll, and “Diskomo” (a dance remix of stuff from the Eskimo album, which apparently has it’s own EP release) is arguably the highlight of the record. There are a few things I don’t care for a whole lot, “Saint Nix” to name one, but overall it hardly feels like the throwaway material you’d expect on this kind of compilation. Several tracks are amongst the best of The Residents, in terms of the music / instrumentals – like the bizarre backings to songs like “From The Plains To Mexico,” “Dumbo The Clown,” and “Time’s Up” (my other contender for overall highlight). There are also a couple deconstructed cover versions, of which “Jailhouse Rock” is probably the more successful – their version of “Daydream Believer” is interesting, but that’s about it. It ends on a relatively enjoyable note (if not a real high), with the uneven suite “Safety Is A Cootie Wootie,” and the stupid but amusing “Daydream In Space.”

Residue is one of the better collections of songs by The Residents I’ve heard. It’s not cohesive in the sense of an album (since it isn’t really an album) but there is plenty here to be digested by any fan of the band, even a casual one. In some ways it makes me wish they did fewer ‘concept’ records, because I think a collection of songs like this (or pieces of music – the distinction is blurred with The Residents at times) is less prone to some of the weakness inherent in sticking with one theme. Which isn’t to say I haven’t enjoyed any of their themed albums, but this was a nice change of pace. This is one I can recommend.