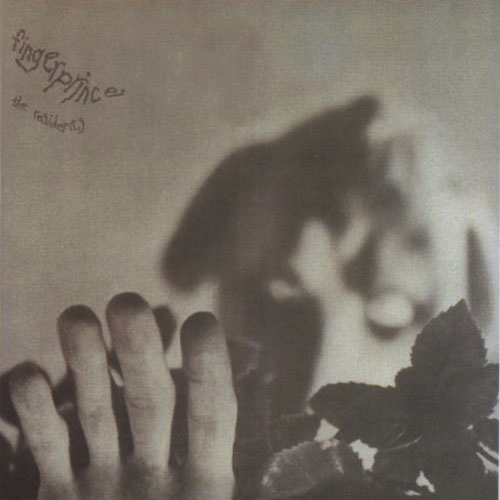 Richard J. Anderson: This is a hard record to review. See, Fingerprince exists in three different versions—or, I suppose, two and a half. The original plan was to release Fingeprince as a three-sided album, titled Tourniquet of Roses. Yes, three sides—the second side of the disc was supposed to have a pair of parallel grooves, with different music in each. Which side you got depended on where your needle fell. Unfortunately, the idea was too expensive, and they were beaten to the punch by Monty Python’s Matching Tie and Handkerchief album. Instead, The Residents put out the album as Fingerprince with just two sides. The third side’s worth of music became a fan club EP called Babyfingers that came out in 1979. Some CD versions of Fingerprince smash the two releases together into something approximating the original concept. Other CD releases go by the original vinyl. Some others include Babyfingers on a separate disc. For the purposes of this review, I’ll be reviewing both Fingerprince and the Babyfingers EP so we get a complete picture.

Fingerprince is probably the most uneven of The Residents albums so far, which is saying something. When it’s really good, with songs like “Godsong” and “Tourniquet of Roses,” it’s really good. When it’s not, it’s at least Meet The Residents quality—whatever opinion you hold on that album. I find it hard to listen to, mostly because some of the tracks are mixed rather poorly, but it could just be my copy. Fingeprince is more atmospheric than the previous few releases, and the lyrical themes are often darker. Take, for example, “Bossy,” which is sung from the point of view of a farm child about their cow, ending with the line “We didn’t eat her, I don’t think.” Meanwhile, in “Death in Barstow,” from Babyfingers, the singer regales us with a tale of how his friend died while they slept. The two big cuts though, are the mini-opera “Walter Westinghouse,” and the side-long epic “Six Things to a Cycle.” The former is a short mini-opera, similar to the parts of Not Available, only far rawer in sound. I use that term as a positive. The music is dark, sinister and cutting, and the repeated wordless whispering that permeates the track only adds to its creepiness. The story? Well… that’s secondary, if not tertiary to the sounds. Lord knows I can’t figure it out, but I think it’s about marital strife.

“Six Things to a Cycle,” however, is where the money is. Inspired by the work of Harry Partch, it was intended as a ballet—and it may well be. Beginning with a percussion theme that repeats through each part, it develops into a beautiful, complex work of music. The only lyrics are simple. In one part, a chorus chants “Chew chew gum,” while in later part, a different chorus chants “Good good coffee.” I seem to remember reading somewhere that “Six Things to a Cycle” was meant to represent the development of man, but I may be pulling that out of my butt. It does serve as a stylistic precursor to Eskimo, and sets up a big part of what would eventually be the definable Residents sound. The rough edges on this one make it a hard sell for anyone to start with, but it should be a definite early stop on any Residents journey. It sure took me a while to get into it, and I still don’t go to this album often when I want to listen to The Residents. I did, however, flip my lid when I heard them perform “Death in Barstow” at a show a couple years back. That says it all. 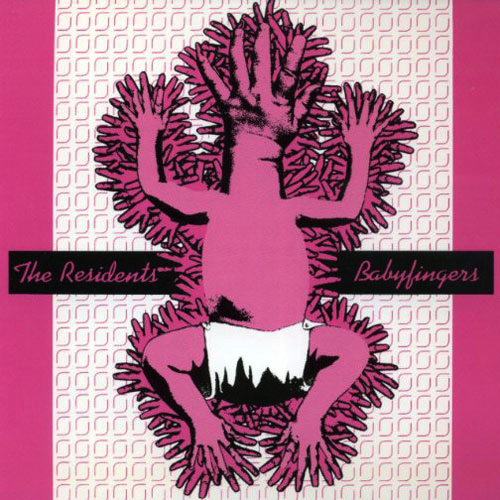 Rev. Syung Myung Me: I adore Fingerprince — though I agree with Rich that it could use a remix or something.  It’s a bit too muddy; some of the songs just kinda get lost in themselves in a way that I don’t think is intentional.  The material is solid, and it deserves a bit better sound.  The mixing does make it a little harder to wholly recommend Fingerprince as a starter, but it’s definitely one that should be heard sooner rather than later.

The other thing that makes Fingerprince a little tough of a recommendation is the references to racism in it.  There’s the mild reference to “nigger nuts” in “Walter Westinghouse” (though I don’t think this is intended to be racist; it’s a common colloquialism for brazil nuts, particularly of the time and in the American South, where the Residents are originally from), but also the more problematic “Flight of the Bumble Roach”.  “Roach” is just a song about a black girl stomping on roaches while barefoot — but some of the nomenclature used is less than preferred.  I don’t think the Residents are actually racist of course (“Roach” doesn’t really judge the main character of the song, nor is there anything that depends on her being black, and same goes with the reference to brazil nuts) — I think it’s partially a product of the time and also an example of the desire to shock that manifested itself somewhat in the very early days of the Residents.  Either way, it’s a bit… unfortunate, and I’m glad they grew out of that desire.

Regardless, Fingerprince is a great album, particularly “Walter Westinghouse” and “Six Things to a Cycle”, the b-sides to Babyfingers and Fingerprince respectively.  The short songs making up the two a-sides are also mostly very strong as well — “Death in Barstow”, “Godsong” (which suffers from the muddiness but is high quality enough to excel in spite of it) and the amazing “You Yesyesyes” and “You Yesyesyes Again” that open and close the album.  Fingerprince isn’t perfect — but my main objection to the album (aside from the aforementioned uncomfortable words) is that the material isn’t given the production it deserves.

Aila: Another week, another Residents album. Fingerprince is basically a crime against humanity. It’s one of the worst things that has ever happened in human history. That might be overstating things (a little), but suffice it to say I didn’t really enjoy this album.

This album is along similar lines to what came before, but something about it is just incredibly annoying and grating. I don’t know if it’s just the mood I was in while listening to it, but I found most of it barely tolerable. The first track, “You yesyesyes,” starts out somewhat promisingly, with shades of instrumental Frank Zappa, before going slinking into a simmering cauldron of repetitive musical excrement. The slower-tempo reprise (“You yesyesyes Again”) that ends the album isn’t much of an improvement. The tracks in between of course vary in quality, but there is little I enjoyed. “Godsong” is somewhat amusing, in a way that sort of tests your patience, but it’s ultimately pretty stupid. “Tourniquet Of Roses” and “Walter Westinghouse” are also both somewhat palatable, but nothing special and pretty weak as highlights. The six-part percussion-driven and mostly instrumental “Six Things To A Cycle” is probably the least grating part of the album (it improves as it goes on, the second half of the album is easily the better in my opinion), but it’s also fairly unremarkable and it seems out of place with the rest of the album. I found all of the tracks to be varying degrees of annoying.

This probably seems like an overly-harsh assessment of the album, but I can’t honestly say much positive about Fingerprince. It may well be that I just wasn’t in the right mood to listen to this when I did, and a second listen might yield a more positive response, but my reaction the first time around was so negative that I doubt I’ll give it a chance. Even though I’m decidedly a novice, I know The Residents have made better music than this. I’ve heard some of it. This album just made me want to tell them to shut up.