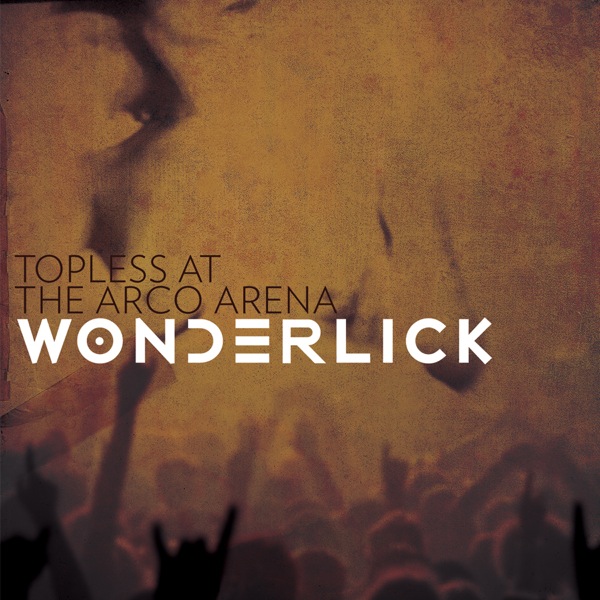 When I was preparing for the interview with Tim & Jay of Wonderlick, I loaded up my iPod with just about all the Wonderlick stuff I had — including the rough mixes for this album they posted to Susquehanna Hat Company — and basically the rest of space on there was loaded up with Too Much Joy, Tim & Jay’s first band.

So, it’s safe to say, that not only am I pretty familiar with these songs (since the roughs had been posted years ago, starting not too long after the release of the first Wonderlick record), but they’re still pretty fresh in my mind. And it really struck home as to how GOOD Wonderlick and Too Much Joy are — something I always knew, sure, but it’s different when you’re kind of going into a total submerge of their stuff. And I was really digging the Topless roughs — which is the reason I asked if the final mixes were going to be much different.

Tim said that overall they weren’t — although I’m not sure I agree. While there’s nothing drastic, no full-scale rebuilding of songs, the final versions definitely are improved (and, again, the roughs weren’t too shabby) — some are just better mixed, punchier and cleaner, but others (like “When She Took Off Her Shirt” and “All Boys Want”) have new synth lines in parts where the rough just had the standard rhythm track, or new intros, or whatnot.

The thing that always comes up with material that’s previously free is “Why should I pay NOW”, and usually there’s a moral argument made — you should pay so the people who made it can get rewarded for their work and be encouraged to make more. And that’s often persuasive (I just bought a real-live copy of an album that a friend had ripped for me for that reason alone), it’s not always enough. There often needs to be a value added — or at least the appearance of one. Sometimes it can be the artwork, but from folks who aren’t record fetishists like I am, that might not be enough. Even if you’ve downloaded all the Topless roughs and listened to them over and over — there’s DEFINITE value added, and I’m not just talking about the new song, “Fuck Yeah!”, which wasn’t posted. The new mixes are awesome and enlightening — and the album FLOWS like a real album. And I really dig the cover art, so there you go.

I think the best thing is the title essay by Tim that’s included in the package; it really ties the songs together in a theme — one that wasn’t clear when the songs were posted one-a-month at the site. The central theme of art-v-commerce is clear — and, despite what you might be thinking given most people’s knee-jerk response to such things — nuanced. Tim’s a great lyricist and Jay’s a great composer; the two parts combine for a very thoughtful, great record. As much as I loved the first, self-titled record, Topless At The Arco Arena bests it. If you’re looking for another “I Disppear,” “The Right Crazy,” or “Chapel of Bones” check out “This Song Is A Commercial”, “Everybody Loves Jenny (But Jenny)” and “All Boys Want” (which has been in my head for about a month now). Hell, check out the whole damn record — it’s pretty much all awesome.