If there’s anything that Kittysneezes is known for, it’s the occasional features; the MAD reviews, the Legendary Pink Dots Project, all that stuff. Today brings a new one to the mix, where we look at album covers. This won’t be a review of the music on the album, just the sleeve. What better album to start with than one of my favorite sleeves, the self-titled debut from the Canadian ’70s rock band, Max Webster. 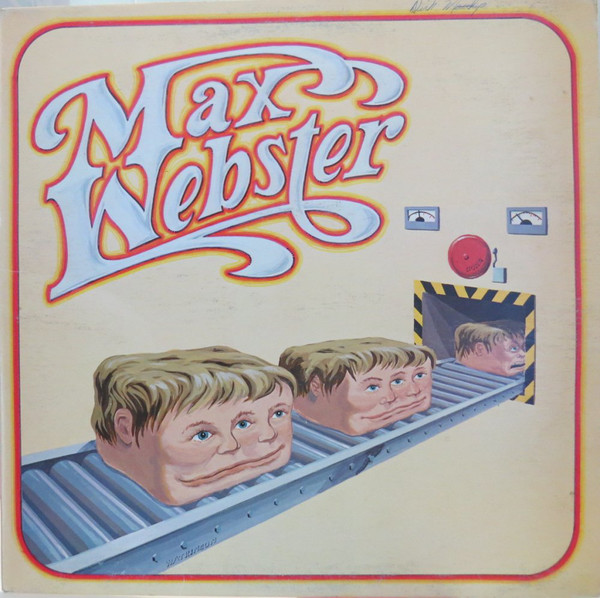 I’ve never been a huge fan of Max Webster’s music. (They’re fine; it’s just not my cuppa, but they’re clearly talented. There’s a reason Rush repeatedly went on tour with them.) But I love this sleeve. The artwork, by Terry Watkinson, the band’s keyboardist, is strangely compelling, even if it’s relatively simple. The vast negative space isn’t a detraction; instead it focuses the eye on the band’s logo and, more importantly, the main image of the cover.
canadian online pharmacy canada pharmacy online generic

The cover depicts the three-eyed “Blockhead” character which had become sort of a mascot for the band. But the cover asks more questions than it answers. It’s really vague as to whether or not the Blockheads are going in the chamber and coming out. And the chamber doesn’t seem to be a pleasant place for blockheads, given that one’s expression. The other two Blockheads are perfectly content (if a bit empty-headed), so is the Chamber-Blockhead about to get some sweet relief? Or are the other two in for a bad time?

The chamber itself is questionable too. Though it looks somewhat like an industrial oven for mass-producing loaves of bread, the VU meters above it imply that the Blockhead is being filled with Max Webster’s music. (The back cover of the LP, seems to favor this interpretation, as a fourth Blockhead is apparently being filled with a liquid form of Max Webster’s essence. 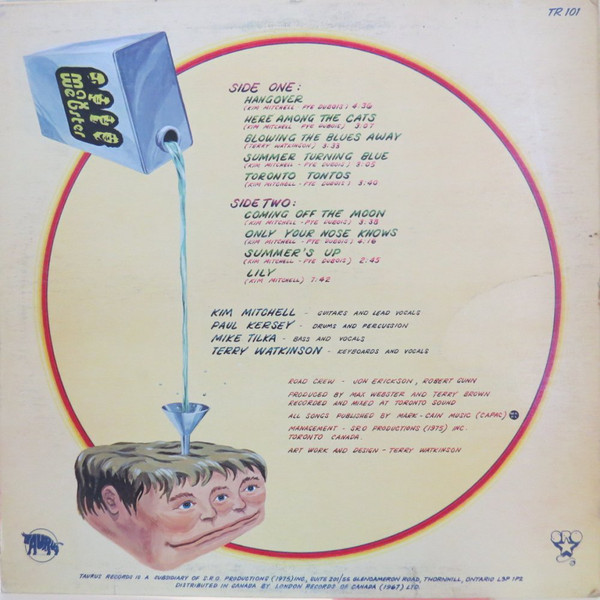 Sadly, I haven’t been able to find out much about the concept behind the Blockhead. A 2011 reissue of the album featured extensive liner notes and promotional photos from the time — which show that they actually made at least one Blockhead mask. (The photo below was also used as the back cover of the U.S. edition of the LP, retitled Hangover and with a different cover image.) 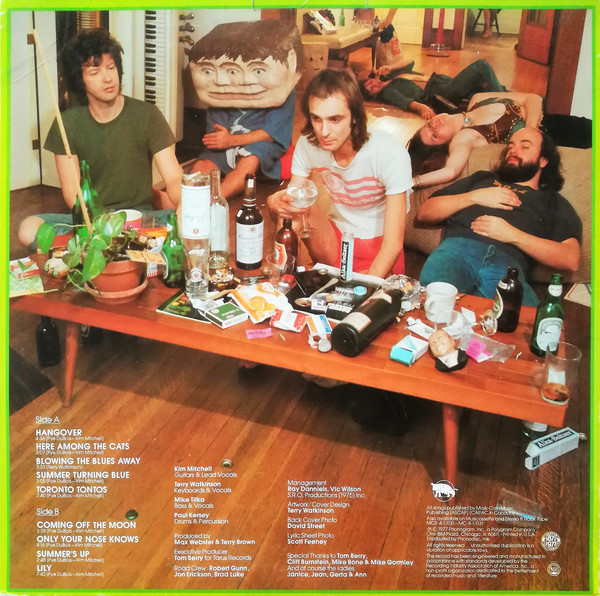 And speaking of the U.S. edition, it doesn’t have the iconic original sleeve. The album still stars the Blockhead character (illustrated again by Watkinson), but a sketchier, version that looks like it might be hungover as the new title implies. According to the liners of the 2011 reissue, someone at their American label, Mercury, didn’t like the sleeve, and insisted it be changed, despite the Blockhead already becoming an icon at the time in Canada. 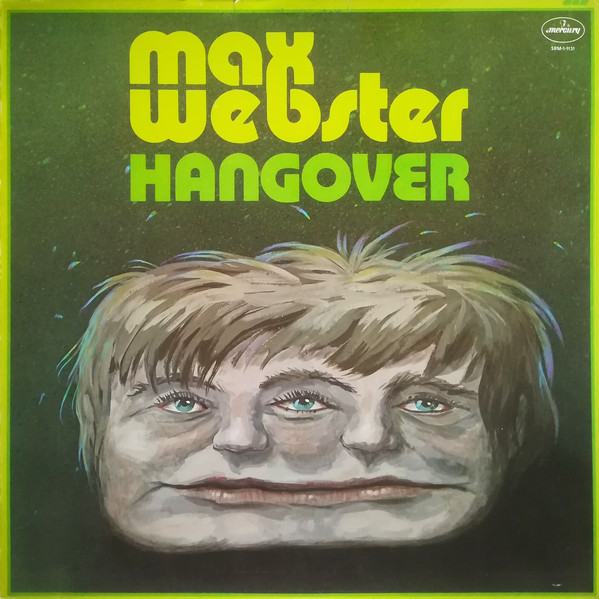 Though Terry Watkinson left Max Webster before their last album, Universal Juveniles, he went on to become a commercial artist, in addition to still making music. You can see more of Watkinson’s visual art at his website — which is definitely worth checking out.

And, in case you’re curious, I’ve included the audio for “Hangover” below, so you can give ’em a spin yourself. Maybe you’ll become a new fan.

Listen to “Hangover” by Max Webster below: