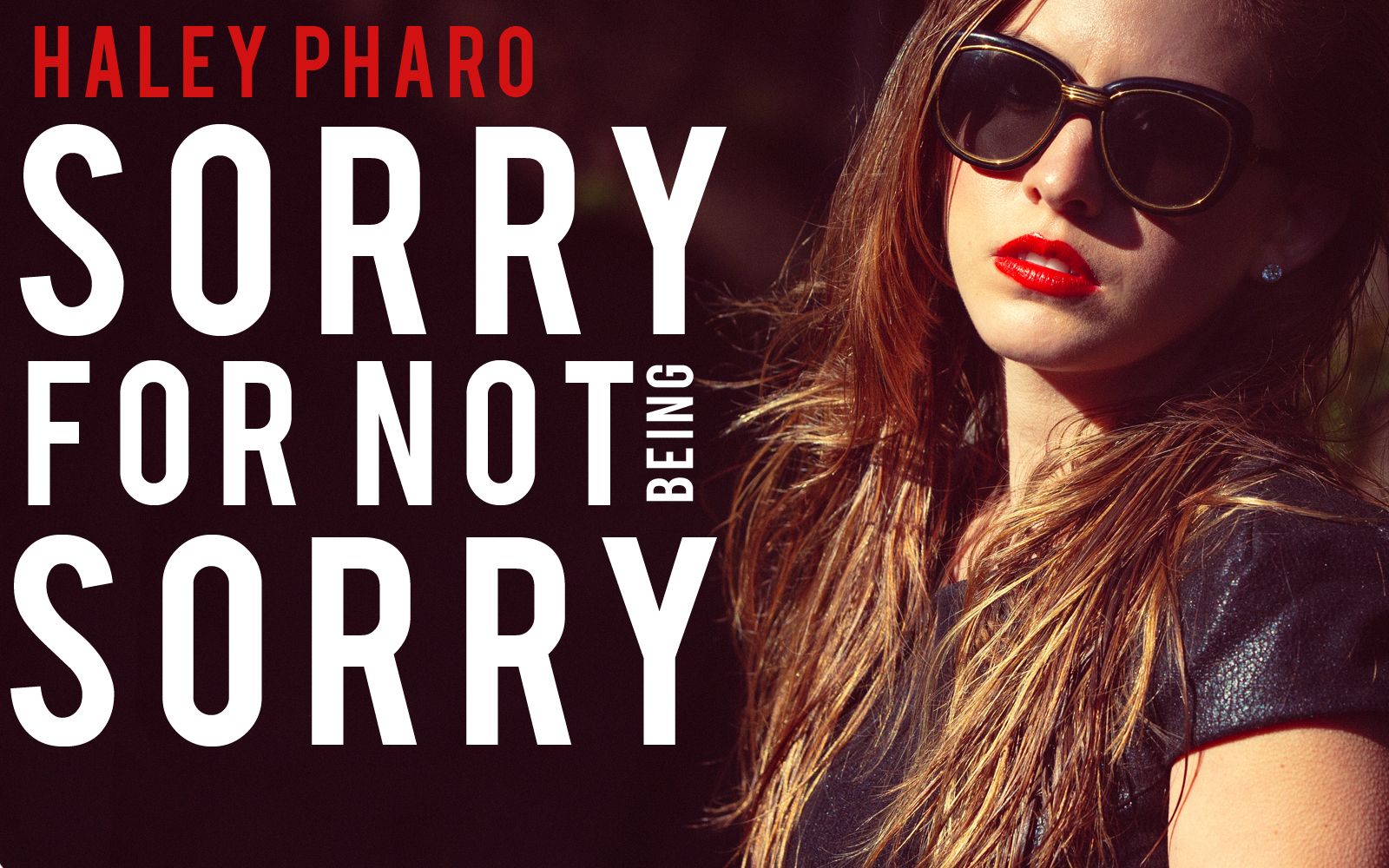 Haley Pharo is an up-and-coming pop singer and songwriter with a lot of talent.  Her debut album has just come out, and it was produced by the Grammy-winning producer Andrew Dawson, who’s also produced Kanye West, fun. and Beyonce.  Pharo herself has also worked with Ryan Cabrera and Demi Lovato, among many other stars. Last week, Kittysneezes posted her video for “Prisoner”, and now she’s agreed to sit down to do an interview with us about her debut album, country music and singing with Michael Jackson.

HP: I have a picture in my bathroom of Linda Evangelista, Naomi Campbell, and Christy Turlington drinking champagne in a bathtub. It’s one of my favorite pictures of all time.

HP:  A plethora of onesies.

HP:  Lana Del Rey. I love how cinematic she is.

HP:  Guardians of the Galaxy, The Other Woman, Bridesmaids, Mean Girls, Godzilla.

HP:  I love a good chick flick. I love Mean Girls, How to Lose a Guy in 10 Days, and V for Vendetta.

HP:  I have an afrique! It’s all done out of 1 piece of string…it’s pretty incredible. My parents had it for years and I finally convinced them to pass it my way.

HP:  I love games. My friends and I have lots of game nights. I love charades.

HP: What is your best piece of advice for making music a lifetime career?

HP:  I love The Chronicles of Narnia, Mere Christianity, Harry Potter, The Hunger Games, and The Great Gatsby.

HP:  For a boy Ryder, and for a girl I love the name Lyla.

HP:  Do cheese and crackers count as a meal? That’s my favorite thing!

HP:  Hmm…how reality tv portrays it to be…dead on.

KS: How did you hook up with Andrew Dawson to produce your first album?

HP: My manager, Graham Kurzner linked us together. We had creative chemistry pretty immediately and started working on getting the record together.

KS: What was it like working with King Logan?

HP: A blast. King is like family to me. Whenever we’re in the studio together it’s a creative explosion! It’s like Christmas and my birthday rolled together! There’s typically lots of tequila as well, haha!

KS:I read that you started out singing country songs as a child — what is your favorite country song?

HP:  The first song I ever performed was “Why Haven’t I Heard from You” by Reba McEntire. That was has a long of sentimental value to me, but my favorite new country song is “Show You Off” by Dan + Shay.

KS: Are you still into country music?

HP:  I am, I just recently started listening to is again over the past couple years.

KS: What was it like recording with Michael Jackson?

HP:  Unreal. He’s one of my all time favorite artist so to have had the experience is pretty crazy. His attention to detail in music is unsurpassed.

KS: What’s the most surprising thing in your record collection?

HP:  I love Edith Piaf. I think her music is so beautiful.

KS: If you could work with anyone, dead or alive, who would it be?

HP: I’ve just started to get my feet wet in that department. It’s still super exciting for me!

KS: Do you think they’re still a good promotional tool?

HP: I do, I think being able to show a visual story is really powerful.