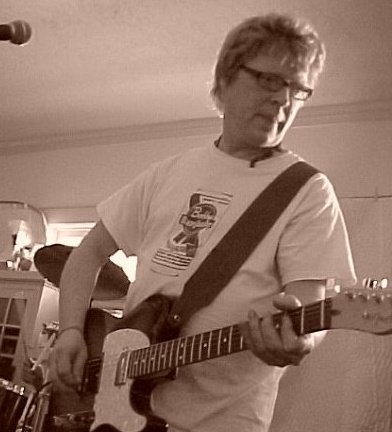 The murder ballad is one of the few really American forms of music.  Strange, I suppose, but it’s not one you really see in other cultures. Actually, truthfully, you don’t really see it much in our culture anymore — there’s a few that resurface like “Delia’s Gone” by Johnny Cash — but the version most people are familiar with is from ’94, and it goes back even older than that.  There’re other songs about killing the woman you love, too — Frank Zappa‘s “Bamboozled By Love” comes to mind, but that’s less a ballad and more in the blues “woman done me wrong” kind of vein, like “Hey Joe“.  Anyway — the murder ballad is one of those kind of forgotten forms of music, and one that is really quite interesting.

The point to all this is that my friend, Earl Brooks, (of The Crop Circles and Ghosts of Wyoming) has written a new murder ballad.  And it’s a really good one, too.  He’s done his first music video for it, shot on an iPhone.  It’s a pretty cool video, too — I like that it’s shot in portrait mode rather than landscape — but the song is really where it’s at.  It’s a really cool one, and the first verse is especially creepy and scary and, well, kinda explicit for a murder ballad, which makes it all the better.

Seriously — check it out now.  The video’s under the cut.

And if you liked it — and why wouldn’t you — go buy the first Ghosts of Wyoming album!  DO IT!  NOW!  (And if you ask, Earl probably’ll sell you copies of the 3 Crop Circles albums too.  Get those, too!)