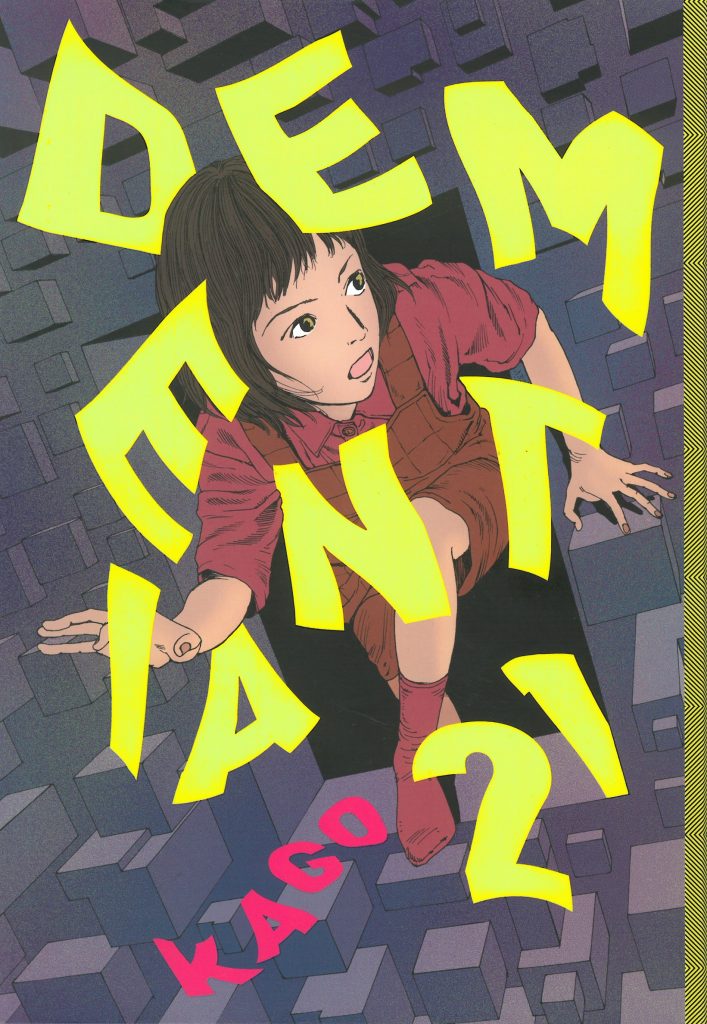 Dementia 21 has a simple framework: Yukie Sakai is a new home health aide specializing in elder care. But when she becomes the best performer at the company, her rival gets her sent to the worst, hardest homes. Though Kago’s no stranger to horror — and there are some horror stories — for the most part, Dementia 21 is comedic. But it’s very much a Kago work — his usual themes of comics-about-comics, abstraction and body horror are on display.

The first story, which sets up the framing, is the most “horror.” It involves a home where several health aides have previously died under suspicious circumstances. Though you might expect the main twist, the actual finale is a surprise that tips Kago’s hand that this isn’t an attempt at Junji Ito-style horror. Instead it’s something stranger, but funnier. 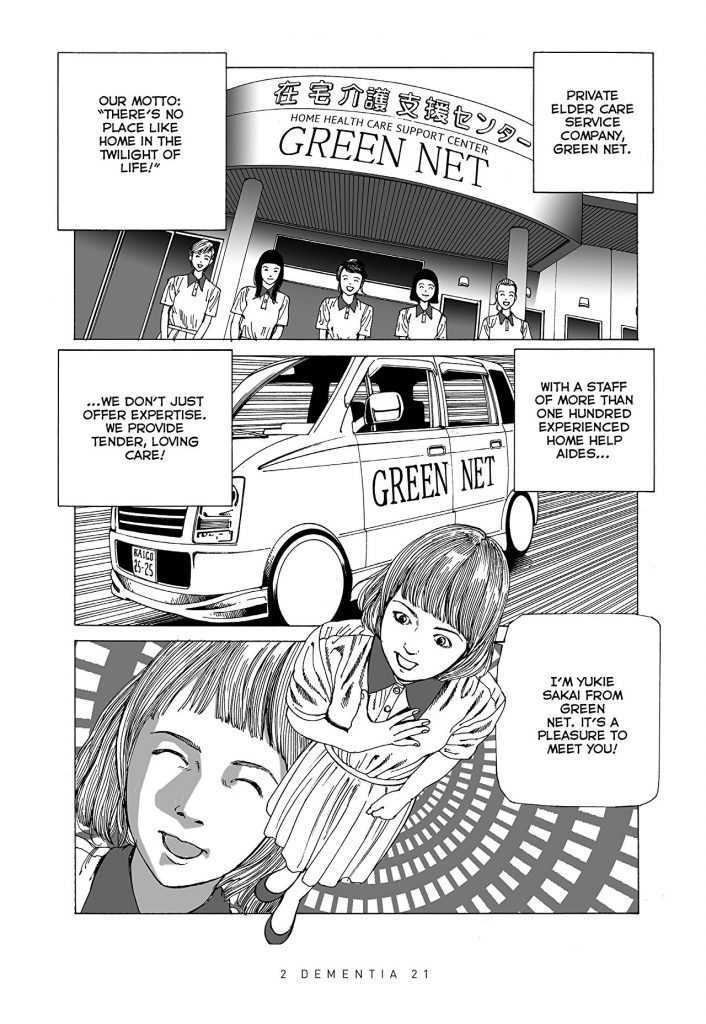 Given that many of Kago’s works are gory, extremely meta or both, it’s surprising how accessible Dementia 21 is. While there’s some gore and body horror — like with the story about robotic dentures or the magic woman with alzheimer’s who causes people and things to explode when she forgets about them — you’re not going to see much in the way of organs splayed around. But this isn’t watered-down Kago, either. It’s just as brilliant and meta as he normally is. (I particularly love the story featuring a Kazuo Umezu stand-in, complete with iconic striped shirt, who enlists Yukie to help him make a recursive manga.)

Here’s hoping Fantagraphics keeps putting out Shintaro Kago’s brilliant, offputting work. And Dementia 21 is a great way to introduce the world to him. It offers the glimpses of the madness without putting the more disturbing elements on display. And, best of all, Fantagraphics did right by Kago; the physical volume is beautifully made with a textured cover and color reproductions of the original cover art for the individual issues.

If you’re looking for amazing manga, look no further. (Well, actually, keep digging, there’s a lot of great stuff out there. But this is one of the best.)