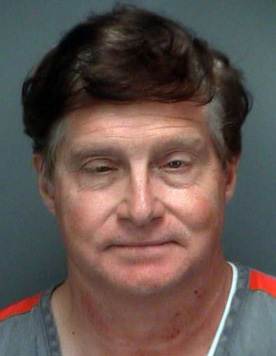 What do you do when you’ve been making fun of someone on a TV show for years for being creepy, and turn out to be right?

I’m having that uncomfortable reaction right now.  When I worked graveyard shift and Dale worked swing shift, we’d often hang out on Friday nights/Saturday mornings and watch lots of stuff — movies, episodes of MST3K and SCTV, and the night would always involve watching TBN’s children programming.  The crown jewel of the programming as far as we were concerned was watching Joy Junction back to back with The Gospel Bill Show.  Gospel Bill had much higher production values, so while it was fun in its corniness, it wasn’t nearly as entertaining as the very low-budget Joy Junction.  Dale and I would watch this, and comment how a lot of the folks on the show had a really odd vibe, like it was a motley crew of deviants and murderers.

Of course, though we might talk about how, say, Sheriff Don might have the bodies of the kids who lost the Double Dare-style games on the show under his lawn, we didn’t actually believe it; we knew that he, like the rest of the people on the show, were just kindly people who were doing the best show they could putting forth the morals that they believed. They were overly earnest, which can be, sadly, hard to process.  If there was a failing, it was that they tended to talk down to kids, which can undercut that essential earnestness — but that’s something very hard to balance.  Very few people can do it properly without it coming off as a strange mask.

As it turns out, the joke just got a lot less funny.  Ronald Brown, the ventriloquist on the show, was just arrested for child pornography and conspiracy to kidnap, murder and eat a child.  That link is to the Tampa Bay Times who cracked the case.  It’s a sad, frightening story of a man who was nice to the neighborhood children but harbored strange desires and fantasies.  He insists he’d never act on them — though I’m not sure, given the conspiracy charges.

For what it’s worth, on the show, I never got any sort of vibe from Ron, as he was known on the show.  In fact, he was probably the best at seeming like a real person without that “mask” the others had.  Perhaps it’s because he had that mask on for so much of his normal life too and it became second nature.  Maybe that’s just a cliche people say to help themselves make sense of things.  I don’t know.  But honestly, of the cast of Joy Junction, Ron seemed the most approachable, the most real.

When I first saw this story, it was via Wonkette, whose coverage is a bit more flip — and I admit my first reaction was of amused disbelief.  “Oh my god, this guy we talked about being super creepy ACTUALLY IS SUPER CREEPY!”  On the first sight of the story, I had Flashblock turned on, so I didn’t see the video at the top of the page; after scanning the first paragraph or so, I thought “Ha, I’m gonna click on this, and it’s gonna turn out to be the guy from Joy Junction” — and when it was, I was shocked, but, again, still in that kind of “called it!” joking manner.  I even emailed the Wonkette link directly to Dale with a single line of commentary – “We were right!”

But then I clicked through to the Tampa Bay Times coverage and started reading a tragic, disturbing story and I started to feel ugly.

At least in this case, it doesn’t appear that Ronald Brown has abused any children himself; aside from obtaining child pornography and contributing to THAT abuse, it looks like his desires remained solely in fantasy.  But then as you read on, you find out that he’d picked out a particular child as the focus of his kidnapping and cannibalism fantasy — and how must that child and his parents feel, that this person in their church that they looked up to and admired and probably considered a friend harbored such dark, dark desires for their son.  How awful that must be — it’s just about impossible to think of how that must feel.

And with all that, this just doesn’t seem as funny anymore.