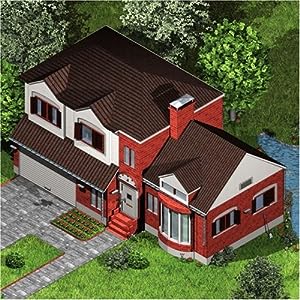 , it was released with Eno’s name in front. With the parties the same, I’d like to keep these two things grouped, but I can’t because David Byrne is getting top billing here. What can I do?

All of this is distraction. It has nothing to do with the song, but it does serve a point to establish the dichotomy between Bush of Ghosts and this entirely new thing, namely the first single from the upcoming Everything That Happens Will Happen Today, set to be released on August 18th, 2008. The names may be the same, but the products are utterly different. To continue to avoid discussing “Strange Overtones,” I will explain Bush of Ghosts for the few of you unlucky enough to have never heard it or of it. My Life in the Bush of Ghosts is a remarkable album of audio collage with rock music backing; a wild, experimental romp through Christian radio preachers, Arabic singers, radio DJs, world music, funk grooves, polyrhythms, and all the fun stuff we associate with David Byrne and Brian Eno.

with modern production and shine. Yet, the touch is very different. Lyrically, it goes where Talking Heads feared to tread… it is a love song at its core. David singing to the girl in the next apartment who is singing to herself, guiding her in the construction of a song that has some, erm… strange… overtones? Yes. Compared to Bush of Ghosts, it’s downright conventional, even pop.

That is not a four-letter word. There is nothing wrong with a damn good pop song. David Byrne’s made more than a few, both solo and with Talking Heads. Eno, too, has a few songs that could be pop if you weren’t paying attention. It’s a positively beautiful song, too. Lush and richly textured, with sensitive and lovely lyrics that really feel heartfelt. I can’t stop listening to it. There’s a few references to the music being trapped in the past, so to speak: “These beats are twenty years old,” and “Strange overtone / though they’re slightly out of fashion,” I struggle to think of any contemporary musicians working in this style and to such effect.

If you’re unconvinced, keep in mind that the single is free. All they want from you is an e-mail address and a ZIP code. You have nothing to lose, and four minutes of beauty to gain. Go try it. Me? I’ll be waiting to buy the whole thing on the 18th. The question is whether to buy the hard copy or download it.