On October 30, the news came that Hardy Fox, the former president of the Cryptic Corporation and composer for the Residents, had passed away from brain cancer. He was 73 years old.

Of course, the Residents have been part of Kittysneezes’ DNA forever. I first got into the Residents in my senior year of high school, and I fell fast and hard for them. Their music immediately resonated with me; strange, yet melodic, and often hauntingly beautiful, in both melody and lyrically, like “Pain and Pleasure” from God In Three Persons.

In 2015, Hardy Fox left the Residents and, late last year, came out as a Resident. At the time, I was a little annoyed that he wasn’t playing the game anymore. The news that Hardy Fox was a Resident wasn’t, well, news exactly. Most Residents fans knew the Cryptics were the Residents — I mean, Homer Flynn is the Cryptics’ spokesman and his voice is, ahem, remarkably similar to the voice of the singing Resident. And before him, Jay Clem often gave interviews on behalf of the Cryptics, and his voice was pretty similar too.

But that wasn’t the point. The Residents were inviting us to play a game with them. And who doesn’t like games? The Residents put out so much disinformation about themselves, and encouraged fans to do the same. Even in the later years when the Residents have been a bit more upfront about things, there are still mysteries and rumors.
buy clomid generic buy clomid online generic

(My favorite is the rumor that the Residents met Thomas Pynchon during the Demons Dance Alone tour. It’s weirdly appropriate, given the two artists’ different approaches to anonymity, and definitely believable, given Pynchon’s music nerdery that’s evident in much of his work.)

So, when Hardy Fox decided to give up the game, I was, admittedly, disappointed. But when the news of his illness broke about a month or so ago, things started to make sense. No wonder he’d come forward as a Resident. No wonder he’d been releasing so many solo albums via Klanggalerie.

My best friend, Dale Comer, died from brain cancer too. He ended up having about a year, year-and-a-half left after the diagnosis, and though he fought hard, he started getting his affairs in order around that time, too. I’m pretty sure Hardy’s decision to out himself as a Resident and put out so much material was his form of putting affairs in order.

Admittedly, this is pure speculation. It’s probably not even appropriate to talk about, honestly. But it’s what’s been rattling around my head since I first heard he was sick. (And according to Hardy’s friend, Chris Combs, it’s untrue; Hardy was diagnosed in September. And yet I keep it in anyway. Perhaps it’s adding to the Residents’ beloved misinformation. Perhaps it’s tasteless. Perhaps it illustrates exactly why the Residents were anonymous in the first place. I don’t know.)

But, on the other hand, the later Residents albums seemed to be playing more with revealing a bit more about them. On the Demons Dance Alone tour, the Singing Resident shared some personal stories on stage; they felt true, and real. (Hardy and Homer even welcomed people into the theater at some shows. I didn’t see them at the Seattle show — which I went with with Dale, by the way — but there’s a chance I missed them and was just too excited to be seeing another Residents concert after the amazing Icky Flix tour a year or two before.) So perhaps Hardy Fox’s coming out was just a natural progression of the way things were going anyway.

I know this isn’t an especially structured essay, and it’s a bit late. It took me a little while to get my thoughts in order, and, well, I didn’t exactly do the best job as you can see. But it’s always hard to lose someone that’s a huge influence on you. I never met Hardy, but his music and work was incredibly influential on me and the way I see the world.

Hardy Fox, you will be missed. Thank you for everything. 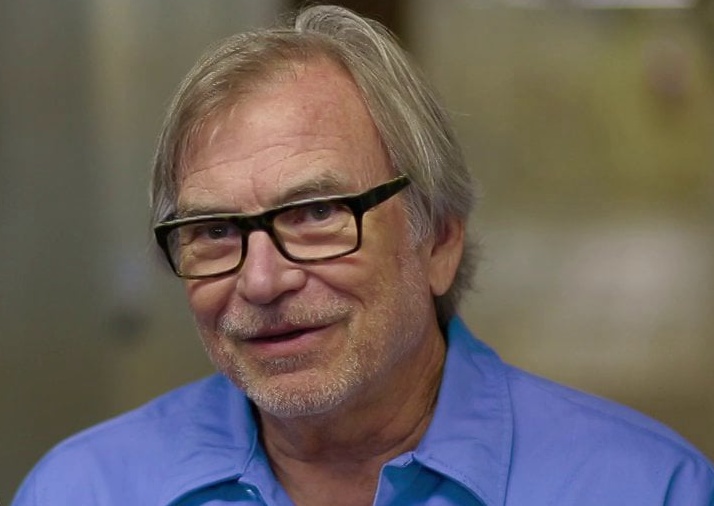