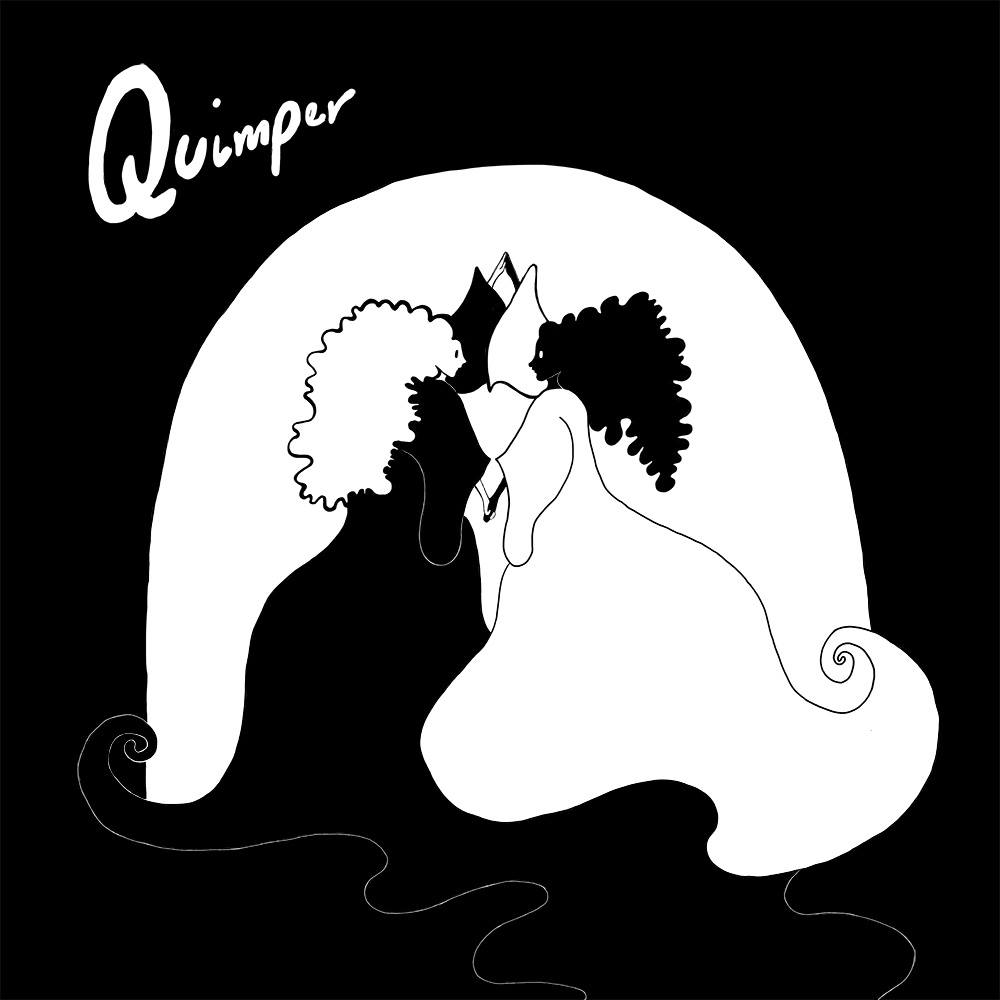 Quimper has a new EP out today (free from their Bandcamp page), Two Magpies out on Soft Bodies Records, who also put out the outstanding Utility Music by Gyratory System. The two records aren’t very similar in sound, but they both are very similar in feel.  Both would be at home on Ralph Records, but where Gyratory System took the more experimental path, Quimper are a bit poppier.  Think perhaps Renaldo & The Loaf versus early Yello — both Ralph bands, but different paths in the same park.

The vocals, by Jodie Lowther, sound a bit like a cross between April March and Laurie Amat (the latter best known for her vocals on The Residents’ God In Three Persons and Freak Show) and the music has that Residential-style sense of unease that makes things just dandy.

There’s more in the stew than just Ralph, though.  Some of the song structures remind me of lost new-wave band Xex, though without the sparseness of their one and only album.  (Both songs have a cat-related song as well, though “Feline” is worthy of being the debut video from this EP, where “Kitty” is the only mar on Group: Xex.  I don’t think there’s any greater significance to that, but it’s still interesting.  Marginally.)

At five tracks, there’s not a clunker on here — and at only seventeen minutes, Quimper clearly know how to get in and get out.  “My Volunteer” is driving and feels like a low-budget horror film in the very best way.  I don’t mean that it’d fit in a horror film, but that it has that same feel — which is even cooler.  It’s catchy and somehow cinematic all at the same time.  It doesn’t need to be in a movie, it IS a movie.  “Rictus” similarly has a driving beat, but it’s at odds with the rest of the song which is a bit slower and more atmospheric, creating exquisite tension, putting the listener on edge in the very best of ways.

Two Magpies is worth checking out for anyone who’s a fan of the other acts I’ve mentioned here, a fan of Giallo or Hammer Films, or, you know, anyone who likes things that are rad.  Until Utility Music, I wasn’t aware of Soft Bodies Records — but with Two Magpies, I know that they’re a label to watch.