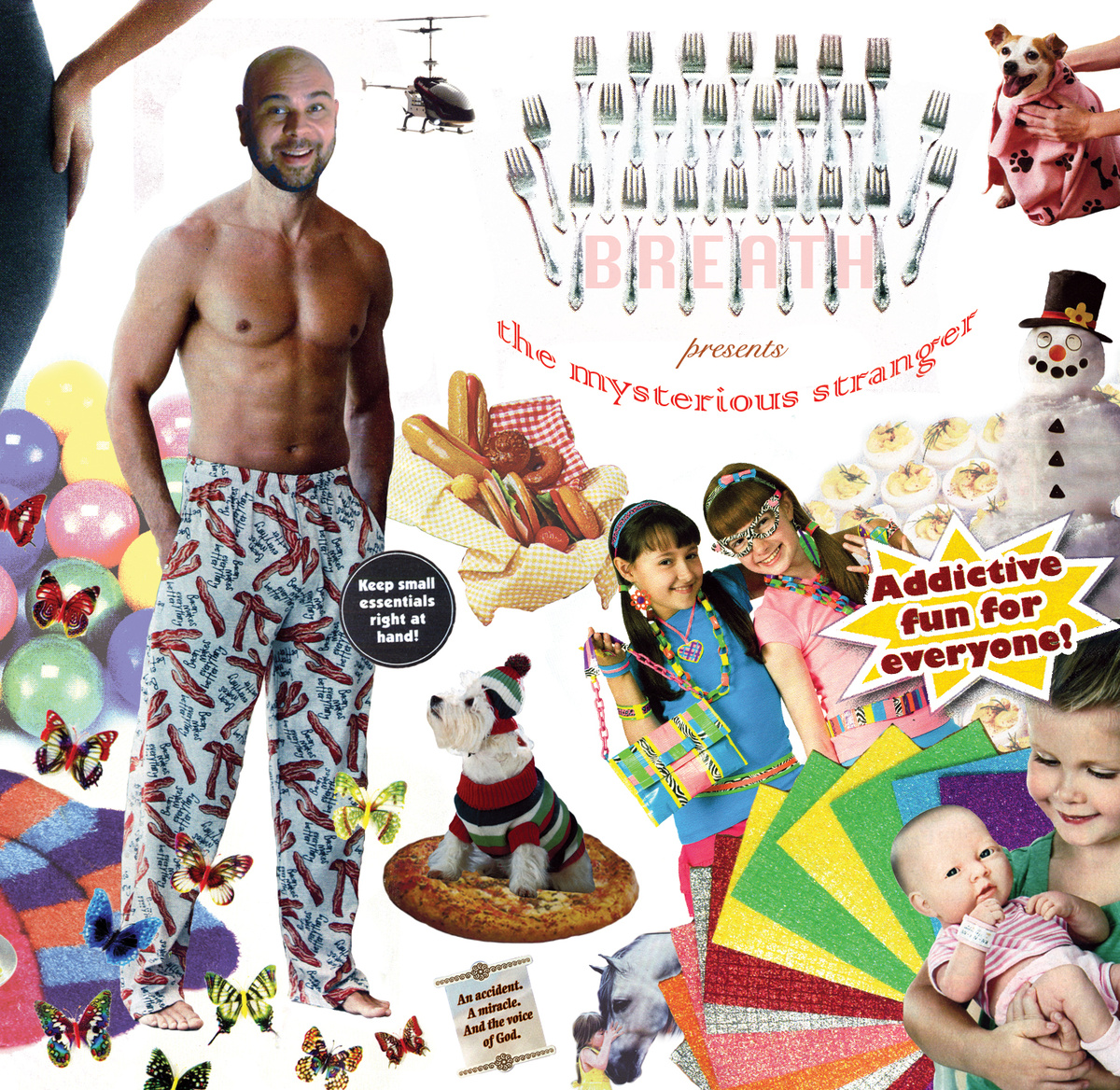 MC Breath is from Providence, Rhode Island, and his third album The Mysterious Stranger is a good introduction to his rapping and sampling skills — and not just because it’s available for free download. MC Breath has a great flow, but is amazing at sampling.  He’s great at recontextualizing the samples, and making them feel natural.  While an artist like Girl Talk can sometimes feel like a parlor trick, MC Breath’s samples are there to serve his songs — and they’re woven in perfectly.

MC Breath’s topics aren’t typical subjects to sing about — for example, “Bouillabaisse” actually acts as a rough recipe for the titular meal — but unlike some comedy rappers, the joke is never just that he’s rapping.  Besides, he’s much too good a rapper for that.  His songs are incredibly dense; “The Shining” is a condensation of the full story in about 4 and a half minutes, and I don’t think he really leaves anything out.

Similarly, “Jesus” is a retelling of the story of, well, Jesus.  Of course, I don’t think most songs about Jesus have lines like “The story starts with Mary of Galilee who is a virgin/but little does she know a baby soon will be emergin’/from her lady bits, “Maybe it’s immaculate conception!”/Joseph said with dread as he said goodbye to his erection”… let alone a song that’s as reverent as this one, which might be the most subversive thing about it.  Besides, it’s got a sample in the background from the Beach Boys‘ “Our Prayer“, which is pretty amusingly subtle.

Near the end of the album, there’s a few tracks that together tell a story – “Nude Beach“, “Bed Bugs” and “Lottery“, tied together by MC Breath’s girlfriend (and then ex-) Jude.  “Lottery” is my favorite of the three — just because of the infectious refrain of “Holy shit! I won the fuckin’ lottery!”

I do wish the vocals were a little bit louder, but that’s about the only flaw with the album that I can hear.  It’s very well done, and the lyrics are funny and clever.  The Mysterious Stranger is very much worth the free download.  In fact, I might even say, it’s worth paying for.  I know!