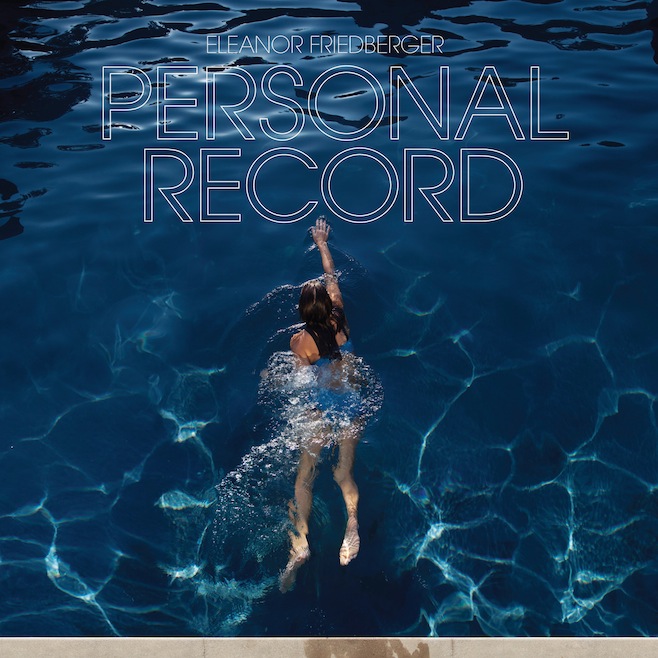 Eleanor Friedberger’s Personal Record came out several months ago, and somehow, I haven’t yelled at everyone in the world to listen to it yet. That’s probably because it is the best titled album you will ever play. While it is the second album the non-autistic half of sibling band The Fiery Furnaces has released in her independent career, the stories of “Last Summer” were more like reading Eleanor’s diary than reading your own – which is Personal Record’s magic trick. So in one sense, I felt too close to this music to be able to talk generally about it, and can only wish to replicate its self-conscious twist.

Only six years ago, Eleanor was mentioning in interviews that Matthew was letting her do some of the semi-sensical, collage-like songwriting. She had already perfected the patter-like, frenetic delivery of their live shows.  Another album later, The Fiery Furnaces started to sound almost traditional, like 70s blues pop – a sound we can now recognize as Eleanor’s stronger influence. Now in interviews she explains that all the songs are supposed to have predictable forms – redeemed by sly lyrical perversions.

If I started quoting the twists, I would simply be transcribing the entire album. The best parts are when Eleanor refers to a “she” and you realize she’s imagining herself from outside. This is clearest in “When I Knew”, which describes a woman that could easily be Eleanor, and features such perfect lines as “and you know what happened next… I said hi politely” and “I was being slightly mean, and that just made her smile, which made me feel childish.” If the song is in the third person, just because it’s Eleanor singing, doesn’t mean the narrator – “broke, just 15” – is anything like her. The message of the chorus concerns our assumptions about what is similar or different between ourselves and others. Singing as yourself encountering yourself breaks subjective identity. Whether you think singers address you or see yourself as the singer, well: “I couldn’t get her out of my head/ so I got her out of hers instead”

This connects “When I Knew” to “She’s A Mirror”, the standout track, which is a fast swing, nearly a patter song, full of poetic play and non-sequitur imagery, though delivered much slower in concert. If it’s self-reflection, it elevates Eleanor to a kind of mundane goddess, but it’s more like abstracting imaginative empathy, reifying the album’s premise in a distracting jumble. It attracts arty nonsense like itself but remains humble fun.

Now that you’re thinking about reflection, listen to “Other Boys”. On the surface it’s a polyamorous love song.  Only once is the admonition “don’t let it worry you” finished, usually elided, as in “When I Knew”’s “…then we ended up in”. No boys are described in “Other Boys”, only alluded to as balancing out the girls, but listen to the descriptions of girls.  Most of them are some exaggerated aspect of Eleanor.  Either she’s lulling herself out of jealousy of the similarities she has with her lover’s lovers, or she’s jealous of herself – or she’s letting the songwriting show, inventing characters she can identify with.

As for the rest, they all have that drunk-girl-at-a-party affect: this song is about you. Not only do I recognize my history and feelings in them, I feel like things I know I have no mirror to are mine, and I can tell that a lot of other people can share intimacy with the song. The specificity of experience in them only reinforces the universality.  Personal, indeed.

If the hooks can’t get you, the sign language interpreter and projected backwards animals will: