Mystery Science Theater 3000 was one of my formative comedy experiences, along with watching reruns of SCTV starting when I was about 7 and collecting MAD magazine.  Being a comedy geek has sort of been in my blood, I suppose — between loving comedy and being one of those kids who, even from a very young age wanted to be a stand-up comedian. (I never even tried stand-up, though.)  I’ve already revealed myself as someone who thinks way too much about this stuff on the macro level, but I also do on the micro as well.

As a big MiSTie, I’ve seen more than my fair share of episodes.  I haven’t seen all of them… yet… but a whole mess of ’em.  And, of course, as with anything, there are good episodes and bad.  But what makes MST3K different is that a bad episode generally isn’t the fault of the writers, but the movie they’re riffing.

Sometimes a film is too bad to be enjoyable to watch even with Joel, Mike or Jonah and the Bots. The Wild World of Batwoman comes to mind. But then again, Manos: The Hands of Fate is one of the worst films they’ve ever riffed, yet one of the best episodes.  So, badness of the film isn’t the only factor; both Batwoman and Manos are complete train-wrecks and nonsensical through bad editing and general incompetence, but one works and the other doesn’t. (But neither film would be watchable without the Satellite of Love crew!)

That said, I think the best episodes tend to be the ones where the film’s actually not bad.  For example, one of my favorites is Final Justice, directed by Greydon Clark — who also did the good episode Angel’s Revenge.  Greydon Clark’s a pretty good director — not only is he genuinely competent (which sounds like damning with faint praise, but I point this out only in comparison with many of Mystery Science Theater 3000‘s source films), but his films are fun and enjoyable without riffing.

Check out Joysticks or Satan’s Cheerleaders if you don’t believe me. To sweeten the deal, the former even stars Joe Don Baker.  Clark knows his films are basically exploitation films, but like the best exploitation directors, he has fun with them while genuinely making an entertaining film.  In an interview on the Shout! Factory release of Final Justice, Clark reveals himself to be a good sport, too — he even says he’d be fine if Mystery Science Theater 3000 did ALL his films.

Many of the best episodes are at this level. Overdrawn At The Memory Bank was originally a TV movie by a PBS affiliate.  While it won’t win any awards, it’s pretty good considering the budget, and it’s got Raul Julia in it, so it can’t be that bad.  Likewise, Pod People is a competent film, but one of my all-time favorite episodes.  Trace Beaulieu, among others, have always said that the film is the straight man in their routine, so it makes sense that if the film’s decent, the entire package will be pretty good.

This is probably why This Island Earth was a great choice for Mystery Science Theater 3000: The Movie; though, yeah, it’s a bit cheesy, it’s not a bad film by any means. Of course, choosing such a high-profile film angered a number of critics. But that’s rather silly; appearing on Mystery Science Theater 3000 doesn’t take away anything from the film. If anything, it encourages more people to see it. And for those who have already seen it, they can enjoy it in a new way.

But what of the more questionable case of the truly bad film?  Why is something like Manos so good, while Batwoman is so bad?  Or look at the entire oeuvre of Coleman Francis, all of which riffed on Mystery Science Theater 3000.  I enjoy the episodes Beast of Yucca Flats and The Skydivers, but I actually tend to think Red Zone Cuba is too bad.  Why?

It can’t be the names:  While Beast has the presence of Tor Johnson, which is always enjoyable and compelling, Cuba has John Carradine.  On the other hand, neither Manos nor Batwoman has anything resembling anyone remotely famous. All these films are pretty slow moving; Manos the most of all, seeing as it opens with a reel of random driving footage.  Batwoman typically has a lot going on on screen, even if it doesn’t make a lick of sense, where Coleman Francis’ and Manos‘ sets are sparse. 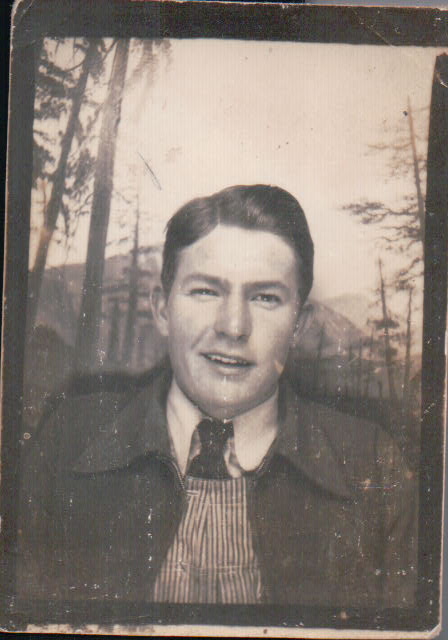 Coleman Francis should have perhaps known better — he was friends with Russ Meyer, who probably could have given him some pointers on how to make a good film, having made many himself. But Hal Warren, director of Manos, was a fertilizer salesman with a camera that could only shoot about 2 minutes of silent footage at a time.

I think the difference between a good episode and a bad episode with films like these comes down to the quirks of the film.  Manos is a mass of quirks — it was directed as the result of a bet, with a nonsense title, a goofy villain and a really creepy final shot. Beast of Yucca Flats is as well — Tor Johnson is an odd enough actor that he brings a little bit of interest just by showing up, plus the beginnings of Coleman Francis’ weird themes, including coffee and the Yucca Flats/Mountains area. Skydivers, likewise continues the obsessions plus some random skydiving footage, which is an odd thing to have in a film.

But Batwoman and Red Zone Cuba just come off as failed attempts at genre films; Cuba a bad noir with some attempt at political commentary. Batwoman was, as far as I can tell, just a failed jiggle film trying to cash-in on the superhero fad. There’s nothing particularly special about Batwoman, and it’s this lack of specialness that sinks it. There’re a lot of incompetent cash-in films, and Batwoman, and to a lesser extent Cuba is merely one of those.  But Manos and the like are so weirdly misguided that their incompetence doesn’t sink them; they’re obviously the result of a failed dream by a terrible dreamer, and that’s why they’re compelling.  Well, compelling while a guy and a couple puppets make fun of it, anyway.

What makes a Mystery Science Theater 3000 episode work for you? Let us know in the comments!