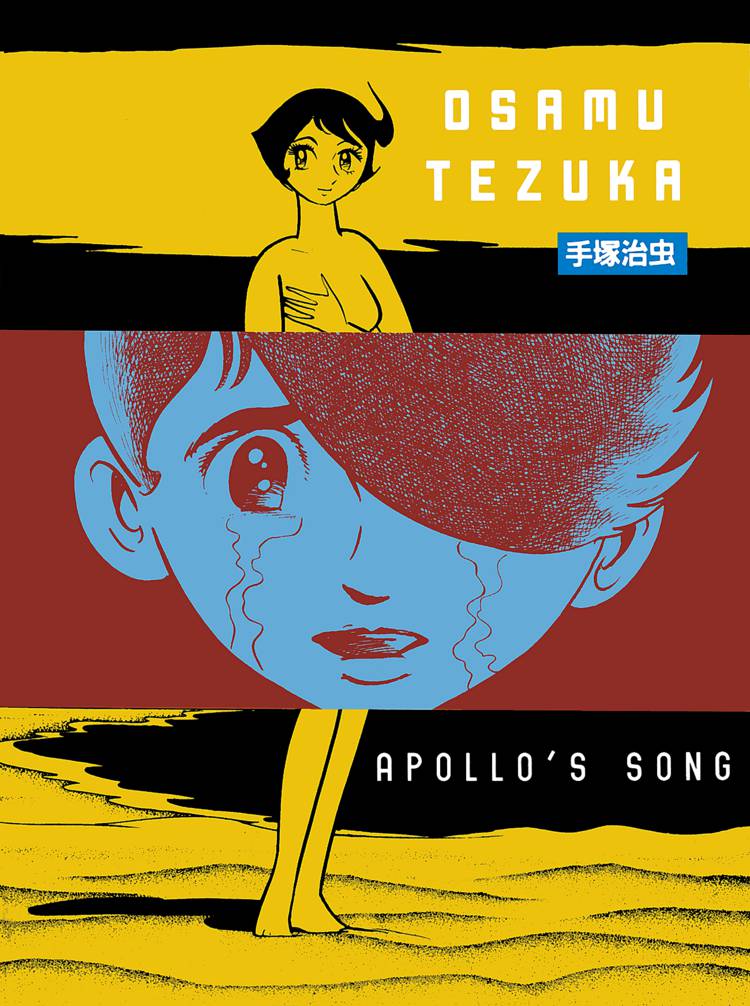 Osamu Tezuka truly is the god of manga. The attention to detail is simply staggering, and he produced his hundreds of the thousands of pages of manga over the decades the long, hard way. Sometimes, when reading his work, one simply must stop and marvel at the art, even during the most engrossing of tales.

Apollo’s Song, given to me by a friend, is quite epic, whether examined alone or alongside Tezuka’s other works. It features, of course, Tezuka’s unmistakable comic drawing style, combined with a dark, deep story about eternal punishment. The contrast in the story and its presentation is itself something truly amazing, and it must be seen to be fully appreciated.

What happens to a man who hates the very concept of love? What must he endure in order to open up to the idea that even a troubled, abused fellow such as he can learn to truly love someone? What happens to our tortured anti-hero is nothing short of brutal, and never-ending. How he wound up being the sort of person he became can’t truly be blamed on him, yet he receives retribution everlasting for rejecting love itself.

Shogo’s journey is at times sweet, at times violent, and at times even peppered with hope, but is always a struggle. This story is a tragedy on a truly epic scale, stretching from the past well into the future, with the only constants being his name, his appearance, his punishment… and the face of one specific woman. The remaining details all change, yet his travels are very much a spiral, leading him downward into the bottomless.

This manga was made during a time when sex education was no longer taboo in Japan, and is not hesitant to take advantage of the new freedom this allowed the medium. This isn’t one of Tezuka’s family-friendly works. There’s blood, there’s nudity and enough else you don’t want the young ‘uns seeing. It’s filled with plenty of immensely unlikeable characters supporting two very flawed, but ultimately likable people whose sad story has backdrops as brutal as the Holocaust.

Apollo’s Song isn’t for everybody. But for those who like solid story and the inimitable crafting and style of Osamu Tezuka, it’s a must-read.