Fred Church is Kumquat — described on the site as “a musical endeavor…described as funky cut-and-paste sampladelica”. The first, self-titled record, came out in 1999, and the second, Similar To Sugar Pill was just released not too long ago. In the interim, Kumquat has made some compilation appearances, including a cut on the first Droplift CD put together by the Snuggles Collective. For more information on obtaining Kumquat material, you might want to check at the end of the interview — or, if you’re impatient, email Fred at fredchurch17 @ gmail.com and ask him politely, and he’ll send you a copy for free. (Or, if you prefer, you can pick up Similar To Sugar Pill via CD Baby.) Either way, though — you’ll be very happy you did; both Kumquat CDs are excellent (though if I had to choose a favorite, it’d be Similar To Sugar Pill)!

At this moment in time, what is your favorite song?

Fred Church: “Pleasure the BassNympho,” by BassNectar. “Woozy braps,” as they say when talking about Dubstep. I am proposing that they change the name of Dubstep to “Squelch,” so please spread the word.

I am so sorry to begin talking about genres at very the first question.

What’s your favorite band that you don’t think a lot of people would have heard of?

Fred Church: I’m sure that only a few people remember Two-Dimensional Billy. Until recently they were completely ungooglable.

Age of Chance is another relatively obscure band. They were this British outfit from the late 80s, and they mashed up hip hop, rock, sampling, turntablism, and scathing political commentary. You can see them on YouTube in outrageous 80s outfits. Snap up their record One Thousand Years of Trouble

What, if anything, is on any particular wall (your choice) in your domicile? 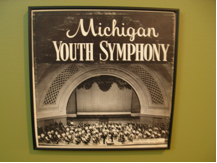 What’s the strangest thing you own?

Fred Church: It’s called the Start Button. It’s an actual start button from a vintage arcade game – the classic, round plastic button. When you press it, events begin. 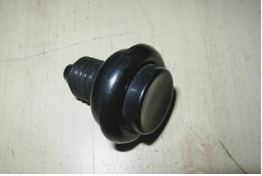 Of the things you’ve done, what’s your all-time favorite (however you want to interpret that, be it artistic works, actions, whatever)?

What are the five most recent films you’ve seen?

Fred Church: If pressed, I guess I will go with Waking Life

, and, if I may cheat, a good/evil pair including A Clockwork Orange

Do you own any original artwork, and if so, whose?

Fred Church: In 1929, my grandfather was in architecture school, and he created this design for a futuristic restaurant. It’s very spiky. It has yet to be built, although it does hang on my wall. 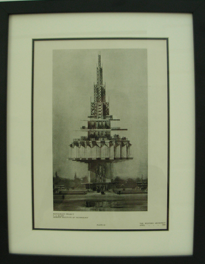 I also have a lithograph called Felicity Conditions by Randy Stearns. 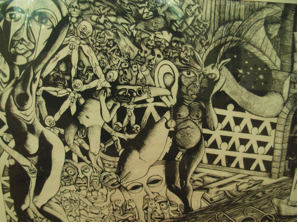 What is your favorite game?

What sort of pie do you enjoy?

Fred Church: Although I really like the word “pie,” I don’t eat much food pie.

If you could say one thing to David Byrne, what would it be?

Fred Church: The time is right for the big money Talking Heads reunion tour, after which you and your descendants can sit on ass for the foreseeable future.

What are your five most favorite books in the world?

by Lynd Ward, The 13 Clocks

by Camilo Jose Vergara, Paul Has A Summer Job 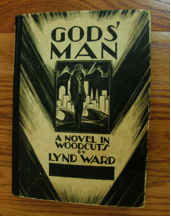 What is the most boring thing you’ve ever experienced?

Fred Church: Being stuck in traffic in the Lincoln Tunnel with no music, in extreme heat.

If you could name a child anything in the world, what would it be?

Fred Church: For a girl, Lila or Phoebe. For a boy, Hugo or Fritz.

Fred Church: They would be equally useless. The animals would do their own thing. They would have no interest in joining the fight.

What is your favorite meal?

Similar To Sugar Pill took about another 8 years to come out after the first, self-titled record. What was the reason for the delay?

Things move at a glacial pace in Kumquatland. I suppose it just wouldn’t be Kumquat if every step (writing, recording, mixing, mastering, graphics) didn’t take a gratuitous, excruciatingly long period of time. That said, we are hoping to improve the interval.

How long did Similar to Sugar Pill take to record?

Fred Church: See above. The home studio idea is both a curse and a blessing. You can keep polishing things forever. You can get sucked down into a vortex, belaboring over a detail that nobody else will ever hear. And yet, craftsmanship is an objective.

Your work is often more musically-based than some collage bands; when you create a track, do you typically come up with the groove first, or do you find the samples first and build the music around them?

Fred Church: The classic Kumquat mode is to start with a few tasty spoken word samples, and then let the natural rhythm of the samples dictate the tempo, groove and tonality. This assures variety in the different feels that are created.

The natural rhythmic patterns of the human voice can easily form the backbone of a beat, and then everything flows from there. It’s especially easy and fun to use samples of someone reciting a list: Parsley, oregano, arrowroot, dillweed.

When you get bored with sample-inspired groove A, you begin to think about groove B, possibly based around a different set of samples. Or, it could be a musical extension of the idea in Groove A. Or, you could just change the channel completely.

If done smoothly, the effect is like walking from to room to room in a rambling house. Sometimes you can’t remember exactly how you got to where you are. And you’re not sure about the wallpaper. But there’s another room right nearby.

What do you think about the proliferation of sites like YouTube when it comes to finding source material for samples?

Fred Church: The amount of content now available to any audio collage artist is immense. It is hard to know where to begin. Personally, I don’t get as much joy out of sampling via Internet as I do from sampling street musicians, historical speeches, scratchy old records and lawnmower infomercials.

On a typical Kumquat track, how much is played live?

Fred Church: The mixes on the first two Kumquat albums were all live mixes, with no digital audio involved. A computer was used as a sequencer, driving MIDI synths and samplers, mixed live using a 16-channel mixer and some outboard compressors and effects.

You’ll hear some tracks on Sugar Pill with guitars that sound kinda live. The guitars originate from recordings of jam sessions, which were snipped and looped. So, these are looped samples of live jams. Does that count?

Who are some of the sample-based bands who’ve influenced you the most?

Fred Church: I enjoy the golden era of the Ninja Tune label: DJ Food, Coldcut, Kid Koala, Mr. Scruff. Come to think of it though, there really aren’t that many well-known sample-based bands, are there? Unless you include much of hip hop.

What do you think of bands like Strangulated Beatoffs, who are more loop-based and typically have less to say in terms of cultural critique?

Fred Church: I like their track “Oh, My Favorite.” Songs about food are always lotsa fun. Kumquats are a food of course, but they tend to be bitter and inscrutable. Folks are just as likely to throw ‘em as they are to eat ‘em.

To the degree that Kumquat delves into cultural critique, the track “Herbert Hoover” samples our thirty-first president, from a speech he gave as the storm clouds of World War II were gathering. Hoover seemed to feel some trepidation about the taking of human life under his command.

Have you done much work with non-sampling music?

Fred Church: I was in marching band in high school. And also with synthesizers. Just recently I attended the Bellingham Electronic Arts Festival (BEAF) in Bellingham, WA and they had a vintage synth exhibit at the American Museum of Radio and Electricity, which was fantastic. It was a hands-on “petting zoo” of old synthesizers such as the ARP 2500.

All of the instruments are beautiful in their own way, even oft-maligned examples like the soprano saxophone.

What do you think of the current legal and political climate when it comes to audio-sample based works?

Fred Church: With the major record labels tanking before our eyes, corporate music entities have far more to worry about these days than sampling. And with all the mash-ups and other poaching swirling around the Internet, how can the concept of “illegal sampling” even be pursued in this climate?

When it comes to copyright law in regards to your own work, where do you lie? I noticed that the first record has (c) and (p) symbols, where Similar to Sugar Pill has the copyleft symbol.

Fred Church: At the time of the first record, I was under the impression that using those (c) and (p) symbols was the thing to do if you were putting out an independent release. By the time of Similar To Sugar Pill, it occurred to me that these concepts might not make sense in general – let alone for a Kumquat record where so much is boosted from here and there.

What is your impression of the Creative Commons licenses, particularly the Sampling one that Negativland helped draft?

Fred Church: It’s great to see sampling issues being tackled head-on, and with clarity. I do wonder how much the legal idea of “sampling” can continue to exist as a negative cash flow concept. I’ve always viewed sampling as free publicity for the entity being sampled. After all, where would Rick James be without MC Hammer?

Are there any other projects you’d like to mention?

Fred Church: I’m excited about being a panelist at the Last HOPE (Hackers on Planet Earth) conference coming up in NYC, July 18-20th. The discussion topic is “The Intersection of Culture Jamming, Hacking, and Hacktivism.” I’ll be referencing the Droplift Project, and sampling in general.

Beyond that, working on the next Kumquat record. And I’d like to do some remixes. That sounds nice.

Finally, is it OK if I mention your free CD offer?

Fred Church: Yes, of course. I still have many free “Similar To Sugar Pill” CDs to give out. They are FREE postage-paid to you via government-sponsored petroleum-powered delivery vehicles.

All you need to do is send an e-mail to fredchurch17 @ gmail . com to ask for one.