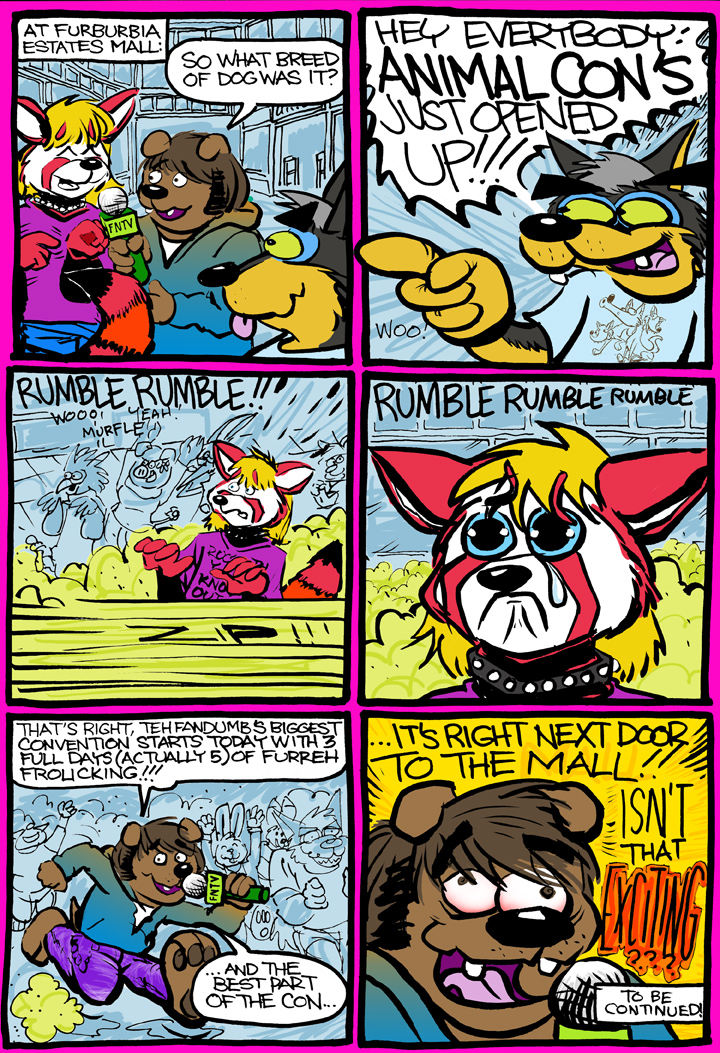 As you may or may not know, the Mecca for furries are conventions. A place to meet a lot of the people that you’ve only met online. Which depending, could be good or bad. My own con experiences have been really good. I hang out with friends, draw art and run around being silly in animal costumes. So I think that what could be more obnoxious than a furry-friendly mall, than a furry convention that’s RIGHT NEXT TO THAT MALL. That sad (red) panda is based on a gentlemen that wanted a to have a room sex party at a convention. Then he got all hurt when everybody told him he was acting irresponsibly. More episodes from this ‘AnimalCon’ are coming. AnimalCon is taken from the mockumentary OMGWTF Furries 2, which satirizes the fandom, done by my friends at Umgotts Studios. Also full disclosure; I play multiple roles in OMGWTF Furries 2.