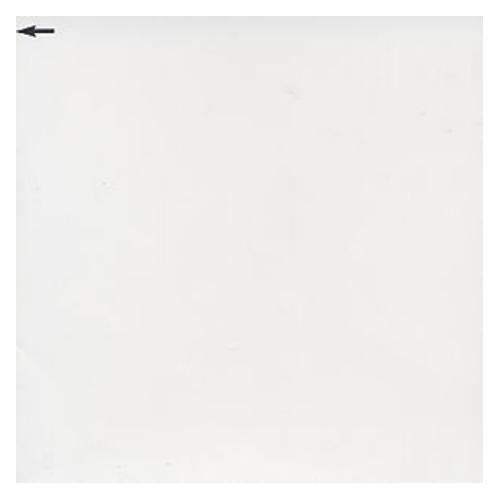 What do you get when an experimental installation artist records a rock album? Nothing. 1997’s Nothing is the first album by Martin Creed, and his rock power trio, Owada. It is also the last album by Martin Creed, and his rock power trio, Owada. 1 Everything he’s done since has been under his own name. Creed’s artwork is often extraordinarily simple and minimalist–take, for example, his most well known piece, the Turner Prize winning Work No. 227: the lights going on and off. It consisted of an empty room with lights going on and off. When an artist with this sort of sensibility attacks rock music, one might expect something along the lines of either Phillip Glass minimalism 2, Laurie Anderson’s spoken word stories and treatises, or possibly Terry Riley’s proto-ambient electronic music–only done with rock instrumentation. That is, after all, what we’ve come to expect from “art music,” right?

Not so. Piano Catalog, the album’s label, describes the album thusly: “[W]ithout using too many notes and with hardly any superfluous words, Owada break music down and build it up to make funny and straight, sad and happy songs.” I can’t come up with anything more accurate than that. Even the band is simple, a trio of guitar, bass, and drums. Owada’s music may be simple, but Nothing is identifiably a straight-up pop album full of great hooks, jangly guitar chords, 4/4 beats and counting. The conceit of Nothing seems to be making rock songs devoid of almost all lyrical meaning. One song consists of lyrics describing how long until the end of the song, another is mostly a list of colors affixed to the phrase “I’m feeling,” and another is simply “start,” “middle,” and “end,” at the appropriate points in the tune. The most common lyrics on the album, though, are sequential numbers. A pair of songs titled “1234” are those numbers repeated. “Thirty Thirty” is the band counting to thirty over and over again. One song counts from one to one hundred, and another counts from one-hundred and one to two hundred. You get the picture. Oh, and there’s another song where the lyrics are the letters of the alphabet, pronounced like words. It works better than it sounds.

At times, the album sounds almost like early Talking Heads, and it’s not a stretch to imagine an alternate universe where David Byrne’s family never left Scotland, and Byrne sang nonsense lyrics in a thick brogue over the angular music created by a rock and roll power trio. Byrne’s artistic sensibility overlaps with Creed’s in a way–maybe it’s a Scottish thing. What this means is that you’d be able to play Nothing for friends and many of them wouldn’t pick up anything amiss. So much “art music” is deliberately obtuse and difficult. It’s a joy to find something deliberately delivered in a way that’s designed to be accessible–and fun. Particular high points are “Feeling Blue,” and “Not Yours,” both absolutely bouncy, catchy, and fun alt-rock songs.

If there’s a weak spot to the album it’s that a huge swath of it feels like only the start of a song. This is probably inevitable when one crams 23 tracks into the space of 36 minutes and 14 seconds. In the case of the three songs titled “Short G,” there’s a payoff when the listener hits “Long G.” The rest of the 30-second or less pieces only leave me wanting more of that particular track. That minimalist thing, I think, is to blame. To be fair, most of the songs that are fleshed out are only as long as they really need to be to communicate their idea. I’d say only “Circle” goes on a little too long with it’s repeated lyrics about artists feeling like someone else is ripping them off. It’s a joke that stops being funny once you’ve heard it once, and it goes on a good four times in the space of a three minute pop song. Instrumentals“Low,” and “High” push the limit with their little gimmick, but stop at about 30 seconds each. 3

If you can track it down, Nothing is worth adding to your collection. I guarantee you have nothing that sounds quite like it–and yet it’s an easy album to get in to and enjoy. The way Martin Creed strips rock music down to its basics–along with the lyrics–creates something that both rewards detailed listening, and something that you can honestly throw on in a crowded car or at a social gathering without anyone raising hell. They might raise an eyebrow, but if you’re reading articles like this, you’re likely to raise eyebrows with your musical selections anyway. Nothing is in print on CD, but its a little hard to find–and it’s an import, with all that entails. Amazon is your best bet. I discovered it thanks to a, since deleted, post on WFMU’s blog. Whatever way you track it down, it’ll be worth your time.