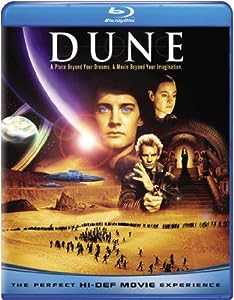 There are two ways to talk about movies: in absolutes/closed conversation, and in discussion/dialogue. In the first instance, for example, someone says ‘I hate The New Barbarians

, it is such a terrible movie’ which closes the conversation. It states the value of the movie as a qualitative absolute – the film is terrible, it is bad, it has no merit and there is no purpose and no value in discussing the movie. There is no room for discussion, no room for dialogue.

In the second instance, someone says ‘I did not enjoy The New Barbarians, let me tell you what failed to entertain me’ or ‘I will tell you why The New Barbarians was a disappointment to me’ or ‘I felt like the cover art for The New Barbarians was much more kick ass than the movie itself ended up being’. These statements, as you can see, leave an opening — they can all be easily followed with something like ‘What did you think?’ or ‘Do you agree?’ which implies ‘If so, why, or if not, why not?’ These are the kinds of statements that people make when having a conversation, or a discussion, about a movie. The first examples are what people say when they are making a declaritive judgement call.

And we all, myself included, have been and will continue to be guilty of judging movies and thereby judging our friends, peers, enemies, and family based on the movies that they enjoy and don’t enjoy.

My position, though, is that there are no movies that are inherently ‘good’ or ‘bad’. There are no elements, themes, or traditions that MAKE a movie ‘good’, ‘bad’, ‘better’, or ‘worse’. There is only our own subjective taste and thus a movie about which I might say ‘I love this movie therefore it is good’, you might watch and say ‘Holy fucking shit that was the most miserable hour and a half of my life, what the shit is wrong with you?’

And that is a fucked up thing to say. But we say it to each other all the time and we think it whether or not we say it out loud. We judge each other based on our own tastes. To varying degrees of course, because most people have some capacity for empathy and can understand how it may be possible for someone to greatly enjoy a movie like You’ve Got Mail even if they themselves do not like that movie.

I wrote a paper back in college, comparing the film Cannibal! The Musical

with the stage play of Sweeney Todd

— pointing out that they are both musicals, darkly comedic, which use cannibalism in different ways, and yet one is dismissed as a kind of B-movie and the other has won multiple Tony awards, a prestigous fancy-pants award. There are so many examples of this — David Lynch‘s film of Dune

is essentially the same story as Lawrence of Arabia

and one is scoffed at and the other won multiple Academy Awards. And if I saw ‘I love the movie Lawrence of Arabia‘, I look like a high class film snob whereas if I saw ‘I love the 1984 masterpiece of glory and kick assery known as DUNE‘ I might get cross-eyed looks of confusion or horror (or happiness if I find someone else who loves the movie).

I’m not saying that knowing another person’s taste in movies isn’t useful in getting to know and understand another person – because I feel that it really is essential, actually. And someone saying that they don’t like movies at all is very telling as well. Because I have a degree in film studies and watch a lot of movies, I find it difficult to get people I know to tell me what their favorite movies are because they’re afraid I’m going to judge them based on their taste in movies.

I don’t tell them ‘Don’t worry I won’t judge you based on your favorite movies’, I tell them that yes, I’m going to judge them, but it’s not a fucking BAD thing. I’m not going to look down on ANYONE for their taste in movies no matter how much I might hate the movie (or TV show, but that’s a whole different can of worms).

When filling out movie memes there is often a question that asks if you’ve walked out of a movie or what movie you regret seeing. There is not a single movie that I have seen that I have regretted seeing. I have never walked out of a movie in the theater and I very very rarely will turn off a movie when watching it at home. The last movie I recall turning off was Henry Fool back in 2002 or so and then I ended up rewatching it a few years ago and falling hardcore in love with it.

I don’t regret watching movies because even if I didn’t enjoy it, at least I know and if someone asks me what I didn’t enjoy about it, I can tell them. And I don’t always keep the dialogue open, I am just as guilty of saying ‘I hate that movie, it’s horrible’. But I’m trying hard to keep the conversations open and yes, I am saying that you should also.

Because movies are fucking awesome. And there are so many that you will never see them all unless you make a special effort. It’s actually much easier to enjoy a movie than it is to hate it. And that is what I hope to emphasize in movie reviews going forward — how fucking awesome movies are and how enjoyable they can be if you just let them. If you go into a movie determined to dislike it, you probably will dislike it. But if you go in with an open mind and, yes, a fucking open heart, you may just be surprised at what you find enjoyable.